Majestic and solitary, Mount Shasta is the undisputed monarch of northern California. The magnificent cone soars more than 5,000 feet above its tallest neighbor and more than 10,000 feet above its base elevation. Mount Shasta is the superlative mountain in a state of superlatives. Cloaked in glaciers and boasting epic displays of lenticular cloud formations, the stratovolcano is one of the grandest summits in the American West.

Mount Shasta is the second highest peak in the Cascade Range, surpassed only by Mount Rainier which is just 249 feet taller. Nonetheless, with a base diameter of more than 17 miles, Mount Shasta has the greater volume. The mountain is one of the southernmost volcanoes in the Cascades, with only Lassen Peak further south. Shastina, Mount Shasta’s largest subordinate peak, is the third highest summit in the range. Shasta is also one of the youngest of the Cascade’s major volcanoes. This is visible in the mountain’s pointed, conical cap. Other major peaks like Mounts Rainier and Adams are older and have broader, more rounded summits. The last eruption occured in 1786; the sulphur springs near the top of Mount Shasta give warning that the mountain will reawaken in the future.

Although Mount Shasta is a formidable mountain, it offers recreational opportunities to people of all abilities. Whether one seeks extreme, multi-day treks up massive glaciers or peaceful hikes through lush meadows, it is found on Shasta. From skiing to backpacking, waterfalls to wildflowers, Mount Shasta has it all and is a world unto itself. 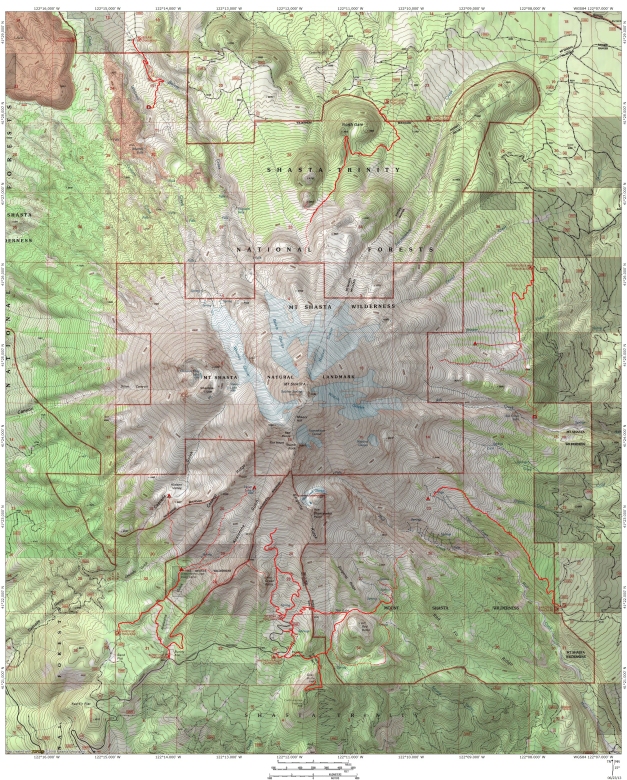