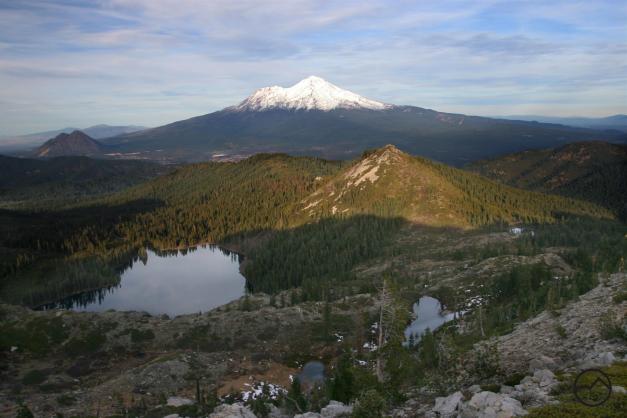 Since my last two blog posts were about Yosemite, I want to reorient back to the California Northstate (we few at the northern end of the state distinguish ourselves from the common conception of Northern California by referring to our area as the Northstate). This led me to consider the link between Yosemite and Mount Shasta. Folks would be forgiven for thinking that no such connection existed. If any area in the Northstate is likened to Yosemite or the rest of the Sierra Nevada, it is usually the granite towers of the Trinity Alps or, less frequently, the Castle Crags. Mount Shasta, being a great volcano of the Cascades, seems a range apart from the Sierra, the great 400 mile long spine of the Golden State. There is, however, a very important link between the greatest mountain in California with the state’s greatest mountain range. More precisely, it is a link specifically between Mount Shasta and Yosemite. It is not a connection of geography or geology, but rather a bond formed through human activity. The two great regions of California were both very dear to the great explorer and conservationist John Muir.

John Muir is commonly associated with the Sierra Nevada in general and with Yosemite in particular. It is less well known that Muir spent a significant amount of time in the Mount Shasta area. He summited the mountain on numerous occasions and explored its lower flanks and the surrounding mountains extensively. Justin Sisson, the father of the modern community of Mount Shasta City was a close associate of John Muir’s and the friendship drew Muir north almost as much as the mountain itself. Still, it was Mount Shasta that was the great fixation of Muir’s. He wrote extensively about the Shasta region, indicating his fascination with the area. Perhaps the best distillation of his feelings about the mighty cone and its surrounding lands are revealed in his most famous quote about the mountain:

“When I first caught sight of it over the braided folds of the Sacramento Valley, I was fifty miles away and afoot, alone and weary. Yet all my blood turned to wine, and I have not been weary since.”
– John Muir, Letters, 1874-1888 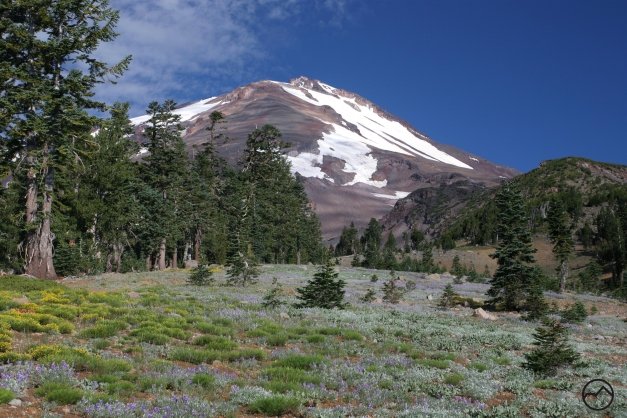 The exuberance for Mount Shasta seen from afar was magnified once John Muir got on the mountain. In one article, he is taken by the lushness of the mountain’s forests and meadows and writes in giddy fashion from the perspective of one of the volcano’s resident bees:

“In June the base of Mount Shasta will be as white with honey bloom as the summit with snow. Follow the bees and be showered with blossoms; take a baptism and a honey-bath and get some sweetness into your lives.”
-John Muir, Shasta Bees, 1875

Without doubt, the most famous event John Muir recounted about the time he spent around Mount Shasta was the snow storm he encountered while on the summit of the mountain. He was part of a party that had summited the mountain and returned to their base camp (presumably somewhere around Horse Camp). The following day Muir and a guide returned to the summit to take more barometric measurements. While on top of Mount Shasta a violent storm moved in and pounded the two men with snow for 17 hours. They were able to survive the night by huddling alongside a sulphur spring that had a compliment of small fumaroles. The heat from these volcanic features was able to keep the two men warm enough to outlast the storm. When they descended the mountain, their clothes were completely frozen.

While Muir certainly appreciated a trip to the top of Mount Shasta, he preferred the wild, rugged circumnavigation around the mountain:

“But far better than climbing the mountain is going around its warm, fertile base, enjoying its bounties like a bee circling around a bank of flowers…As you sweep around so grand a center, the mountain itself seems to turn, displaying its riches like the revolving pyramids in jewelers’ windows. One glacier after another comes into view, and the outlines of the mountain are ever changing, though all the way around, from whatever point of view, the form is maintained of a grand, simple cone with a gently sloping base and rugged, crumbling ridges separating the glaciers and the snowfields more or less completely. The play of colors, from the first touches of the morning sun on the summit, down the snowfields and the ice and lava until the forests are aglow, is a never-ending delight, the rosy lava and the fine flushings of the snow being ineffably lovely. Thus one saunters on and on in the glorious radiance in utter peace and forgetfulness of time.”
-John Muir, Shasta Rambles, 1874 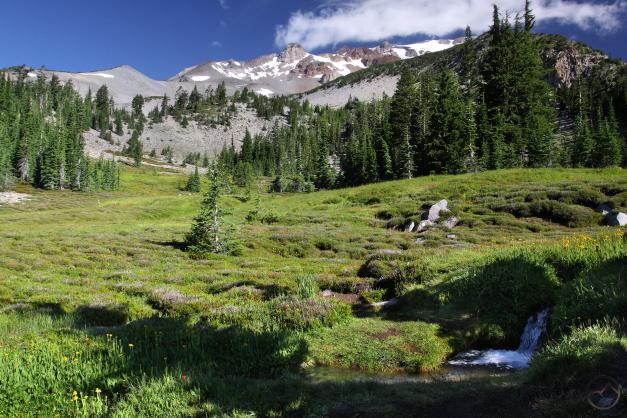 The passion for Mount Shasta is apparent in John Muir’s writings. This raises the question about what he envisioned for the future of Mount Shasta. Naturally, he wanted to protect it in a way that hallowed its sublime beauty:

“The Shasta region is still a fresh unspoiled wilderness, accessible and available for travelers of every kind and degree. Would it not be a fine thing to set it apart like the Yellowstone and Yosemite as a National Park for the welfare and benefit of all mankind, preserving its fountains and forests and all its glad life in primeval beauty?”
– John Muir, “Picturesque California”, 1888

John Muir’s vision of a Mount Shasta National Park never came to fruition and many trees in the region and even on the slopes of the mountain itself fell to the logger’s axe. Nonetheless, at least an aspect of his dream was realized with the creation of the Mount Shasta Wilderness. The upper portions of the mountain are contained within the wilderness area, which was established by the 1984 California Wilderness Act. It currently encompasses 38,200 acres.

Indeed, John Muir loved Mount Shasta. His home may have been the Sierra Nevada and his first love was Yosemite, but Mount Shasta laid claim to a significant portion of Muir’s heart. His numerous trips the region, his ascents of the mountain and his extensive exploration of the surrounding ranges are all testimony to the great conservationist’s devotion to California’s mightiest mountain. This is all well documented in his copious writings, some of which are available here, here, here, here, here, and here.

Although this post is focused on John Muir, perhaps its sentiments are best expressed by the thoughts of John Muir’s conservation compatriot:

“I consider the evening twilight on Mt. Shasta one of the grandest sights I have ever witnessed.”
-Teddy Roosevelt 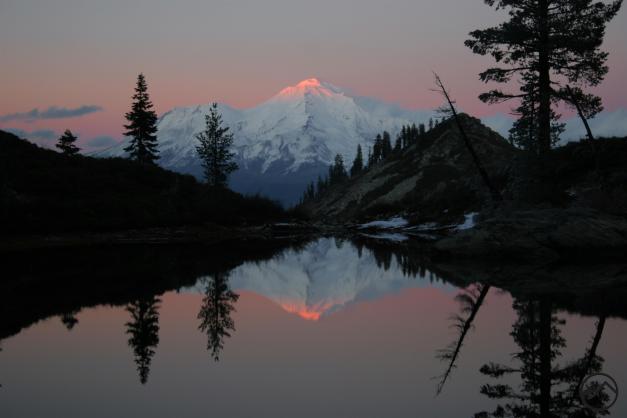