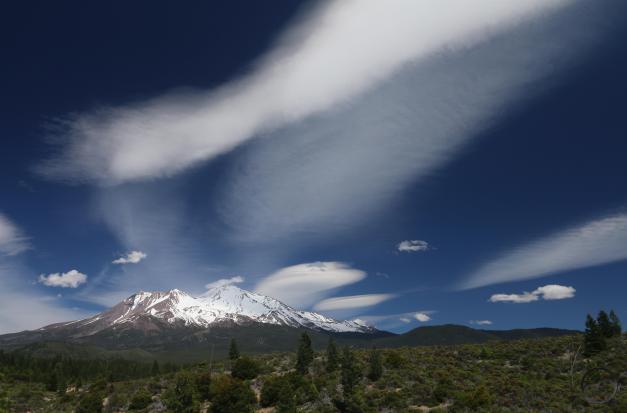 I hope everyone had a good Memorial Day weekend. Here in Mount Shasta, the weather was good so for my family it was a weekend of gardening, playing outside and finally getting our kids out on the trail in the high country. My wife and I took our three kids on the Pacific Crest Trail and had a windy afternoon picnic on Gumboot Point. It was a small outing, but we have bigger things planned in June, including Yosemite, Lake Tahoe, the Wallowa Mountains and Hells Canyon. With my older kids starting to perceive more and my two nephews now attending the Naval and Air Force academies, we had some good opportunities to talk about what Memorial Day means. 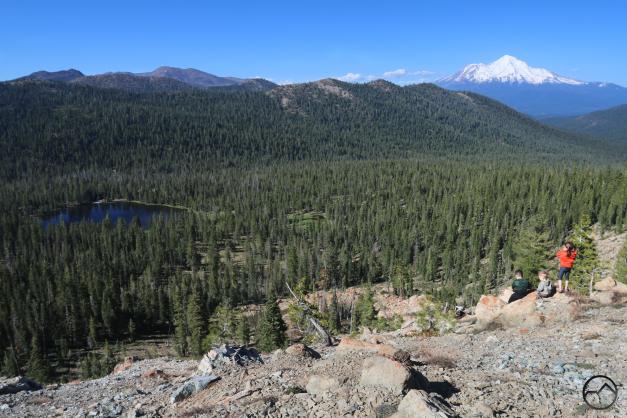 While the weekend was largely cloudless, today was quite different. The clouds formed quickly this morning and continued to spiral, swirl and swell all day. A little after noon some nice lenticulars started to form around the mountain. They persisted through much of the afternoon, giving me cause to hope for an excellent sunset. While the lenticulars ultimately disappeared, the rest of the clouds remained interesting and I was still holding out for an interesting evening. It was not to be however, as large plumes of cloud developed in the west and ultimately blocked the light. There was to be minimal color on the mountain tonight. It remained beautiful, even if it was not what I had hoped for.

With the summer hiking season upon us, the opportunities for great hiking are nearly limitless. I hope everyone has an opportunity to take advantage of the spectacular trails in this area. I will see you out there! 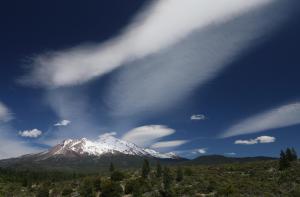 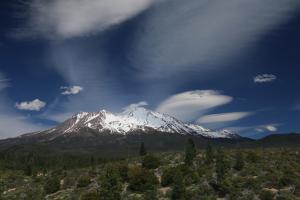 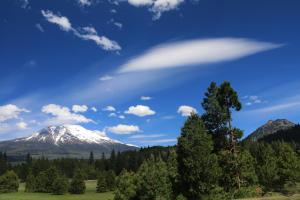 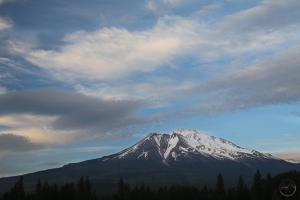