Ride For The (PCT) Brand 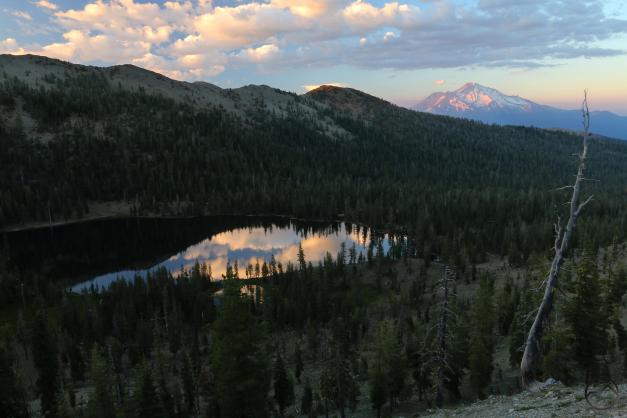 I don’t have a specific point to make on this post, but I wanted to draw attention to a couple of interesting facts and events, some of which are only tangentially related to hiking and Mount Shasta.

First is the upcoming Trail Town festival that will be celebrated here in Mount Shasta next month. This is the kick off to a new program backed by the PCTA, which highlights our little town’s relationship to the fabled trail. No doubt others communities will join the ranks as official trail towns but it makes sense for Mount Shasta to be the first for a few reasons. Among them is the relatively central position the town holds relative to the rest of California as well as points north in Oregon and Washington. Also (and I plan on writing extensively about this subject sometime this summer), no other mountain dominates the PCT the way Mount Shasta does. It is a constant feature on the trail for literally hundreds of miles. It’s presence is felt for weeks at a time.

I will actually be a part of the program during the festivities. My role is still being shaped, but I will likely have a booth and be there to talk about trails and all sorts of other salient, trail-related information. It should be a great event. I am really looking forward to meeting trail aficionados and sharing our interest, beta and passion for the trails in this area as well as the PCT in its totality.

This leads me to the other topic I have been itching to bring up. I have been increasingly involved in the Boy Scouts since my oldest has joined the Cub Scouts. Back in May I took him to our council’s Camperall, which is a large campout with Boy Scouts from all over our region, which stretches from Eureka all the way up the east side of the Cascades up to Madras. One of the many features at this great event was a crosscut saw demonstration. The boys were able to work together to cut “cookies” off of logs and then take them over to an adjacent station station and have the rounds they cut branded with a fleur-di-lis and “BSA” design. Both the sawing and branding was a lot of fun and was the most popular station at the whole event.

This got me thinking about other brands that I could use. The first one was one I had in mind was for the Order of the Arrow, the elite camping and service society of the Boy Scouts. I think it turned out really, really well:

This naturally progressed to other possible brands that could be made and how I could use them. One of the first ideas that came to mind was the vintage PCT logo that was initially used on the Oregon and Washington sections of the trail back in the 1930’s, before the PCT was an officially designated and recognized entity. Unfortunately the lettering on a brand is pretty unrealistic without going to a machine shop (which I am not going to do). However, the rest of the logo was not difficult to recreate. I think it makes an attractive design:

I have a few ideas about how to use this fun little creation. Whatever I end up doing with it, it has been a fun little project (special thanks to my neighbor, who is a master blacksmith). One more little brand is in the works too. I hope to have a nice, small brand with the HikeMtShasta logo on it. This one could be used to brand leather belts and other such things, as well as wood and other things.

It would be fantastic to be able to use the PCT brand at the Trail Town festival. It has been discussed briefly but is by no means a done deal. A lot of logistics would need to be worked out to make that possible. Of course, I should add that there will be a crosscut saw demonstration at the festival, so there would be “cookies” to brand! Either way, the festival will be a great event. I hope a lot of people from the local community will turn out to support it!

4 comments on “Ride For The (PCT) Brand”