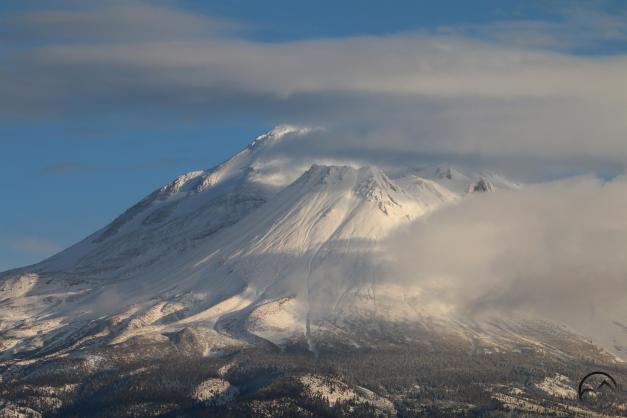 Mount Shasta, white once again after a major winter storm.

In my opinion, this has been the perfect fall season. The days have been warm and the nights cold, meaning there are crisp mornings and evenings. The good weather persisted almost until the end of November and then, with a sudden fury, winter arrived in an abrupt and meaningful way, drawing a clear demarcation between the autumn conditions and those of winter. It is one thing, and then it is a different thing. It is one season, and then it is a different season. It is winter in Mount Shasta.

This was especially true for my family. We spent the weekend down in Sonoma County, giving me an opportunity to get some images of fall color for my upcoming second edition of my Wine Country hiking guide as well as check out the conditions at the recently singed Foothill Regional Park. My family and I enjoyed the great weather, with days in the upper 60’s and clear, beautiful skies. 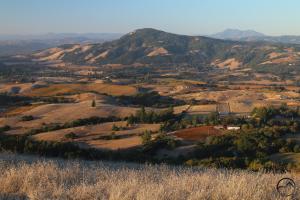 We then headed back to Mount Shasta and arrived home Monday night, just in time to prepare for the storm. The following day the storm hit with a great deal of snow and a potent onslaught of wind. Over the course of the day and into the  night, it piles up over 14 inches at my house.

On Tuesday night I headed out from my house up to Weed in my jeep. With the wind howling and the snow light powder, the visibility was almost zero. When I got onto the freeway, I found a half dozen cars slid off the road and a CHP cruiser stuck in the snow. He had a dad and son in the back seat of his car who had been stranded for nearly 4 hours. They lived near me, so I happily had them load into the jeep and braved the 1 mile to the next exit and the 1 mile back in the southbound lane. Marooned cars littered the highway. I had never seen so many cars off the road as in this storm. Fortunately I was able to get the dad and son home without incident!

Naturally, my kids were thrilled by the snow’s advent. They all headed out and played happily in the snow. However, this year my oldest son, who recently turned 10, got an introduction to the art of clearing snow. He took to it admirably. I can’t wait for him to take care of that task on his own in the future!

In the afternoon it looked like the sky had cleared enough to the north that I might get a chance to see the mountain. This proved to be the case but the conditions on the road were awful. The snow was falling lightly but the traffic on the freeway was the worst I have seen. Jack-knifed trucks and other incidents were making progress on alternate routes difficult as well.

Southbound I5 north of weed.

Southbound I5 north of weed.

Southbound on Old 99 near Edgewood.

A little local knowledge of the back roads kept me out of the traffic and I could safely enjoy views of Mount Shasta with a fresh coat of snow. It’s good to have the white mountain back again. It will be months before it starts melting off again. 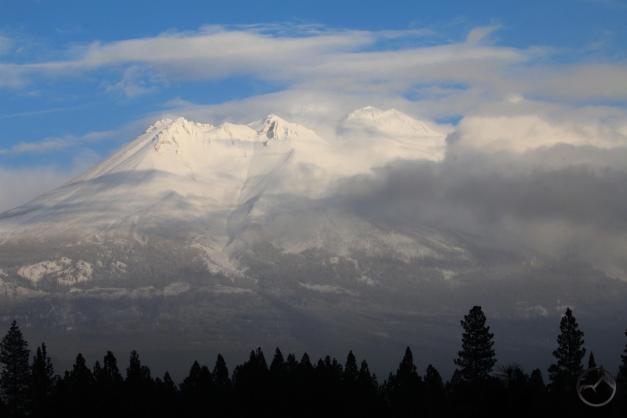