After The Storm In Mount Shasta: Snow And Sunsets

As is my wont during the storm times, I like to post updates on conditions around the mountain. The past week has certainly seen some “conditions”, with lots of snow, a strong dose of wind and some treacherous highways (at least in terms of foolish drivers). The first round came in on Tuesday and was followed by a second strong round of snow on Saturday night. Over 2 feet fell between these two parts of the storm. Unfortunately, the snow then shifted to rain and the winter wonderland swiftly turned to Slushfest 2019. I always prefer conditions to stay dry and cold after a good snow storm. It leaves things in beautiful winter state for a while. The slush is just annoying.

Here is how it played out in my backyard: 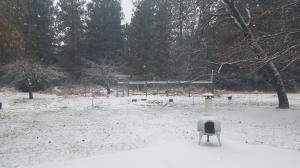 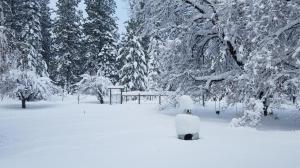 The snow obviously piled up pretty good but the rain and slightly warmer temps has begun the melting process already.

If there is a good side to the change in conditions, it is with the visibility of Mount Shasta and the surrounding area. Monday offered the first really good glimpse of the mountain, though it could only really be seen clearly from the north. Everything from Black Butte Summit to the south was still enveloped by the storm.

Mount Shasta after the storm. 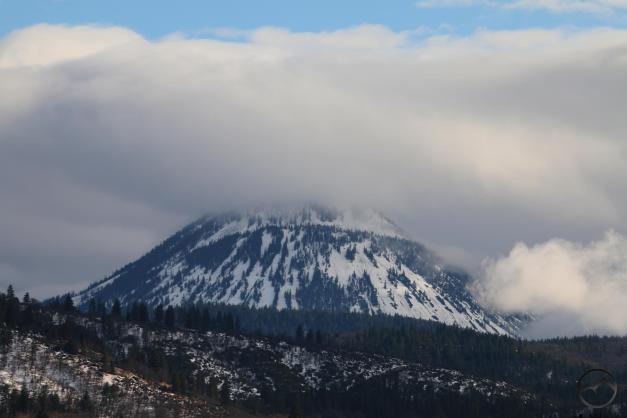 Black Butte holding back the storm.

That evening things cleared a little more and offered a fantastic sunset.

Tuesday brought a heavy dose of fog through the whole area. The entire valley was blanketed in the thick mist and visibility was minimal. However, climbing above the fog meant clear skies and the chance for another fantastic Mount Shasta sunset. It’s nice to see the mountain white again!

Sunset over the fog-covered Strawberry Valley. 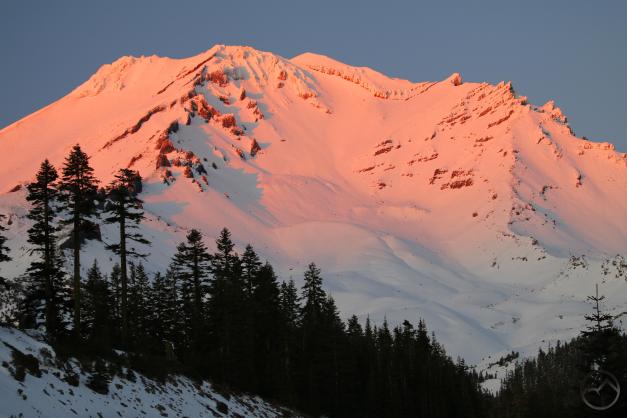 The last alpenglow on Mount Shasta.

It feels like it’s been winter for a while already. The amount of snow we got when there had been no precipitation at all was remarkable. It was Indian Summer and then it was winter. No rain or anything, just a big thumping heap of snow. Oh well, at least we have Christmas to look forward to in the midst of the now long-seeming winter before us. Hopefully we get a few more big storms and then an early spring…

2 comments on “After The Storm In Mount Shasta: Snow And Sunsets”