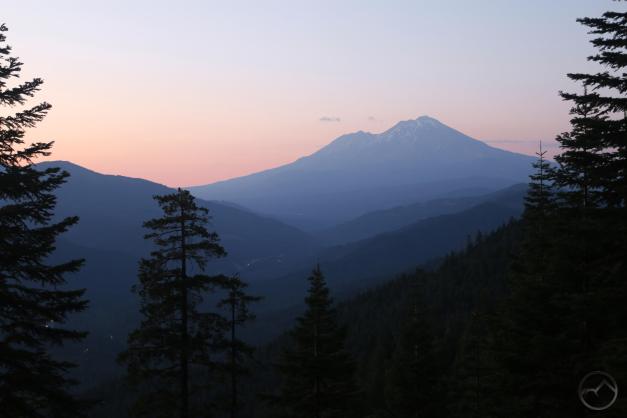 A lot of focus has been on the stars lately, much of it due to the comet NEOWISE passing near earth. It has been a few years since a comet like that has been visible to the naked eye. I first saw the comet while we were in Yosemite. After we witnessed the spectacular sunset over Half Dome, we stuck around on Glacier Point to enjoy the nighttime view of Yosemite Valley. We then saw the comet above Yosemite Falls and the Three Brothers. Needless to say, it was quite spectacular.

When we returned to Mount Shasta, my wife and I took the kids out for some stargazing and to make an attempt at photographing NEOWISE. Although night photography is something with which I have had no experience, some gracious and fortuitous guidance led to some simple images of the comet. 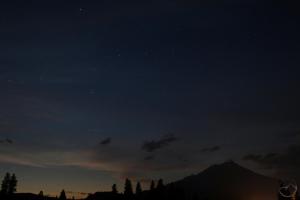 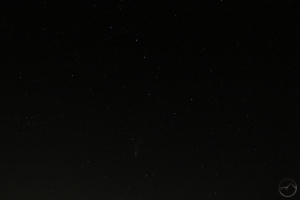 It’s not bright but its in there!

This prompted me to try to take one more stab at NEOWISE. I headed south to one of my favorite southern vistas of Mount Shasta and set up shop. I parked my jeep, set up my camera and got out a folding chair and took in the sunset as I read my book, occasionally snapping images from the comfort of my chair.

Ultimately, I got skunked and never spotted the comet. Between its increasing faintness and the moon’s increasing size, it is getting difficult to see. It may have also been behind a tree. However, the sunset was still quite spectacular. As the light faded, the mountain seemed to melt into the stars. The lights of travelers on I-5 kept the darkness from being overwhelming. I could also make out the lights of climbers on Mount Shasta as well as those of cars descending from the Old Ski Bowl down Everitt Memorial Highway. It was a marvelous spectacle to behold.

The GIF does not do the stars justice.

The time lapse really does not convey the awesomeness of the scene. Mount Shasta really seemed to dissolve into the starry night and the points of lights in the heavens slowly slide across the night’s dome. NEOWISE may not be visible for much longer but Mount Shasta sunsets will remain and I am grateful to be able to continue to witness the majesty and uniqueness that each one presents. 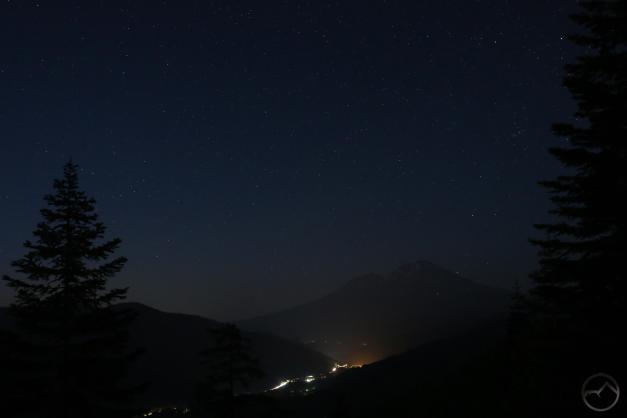 Stars glow as the light fades above Mount Shasta.