In the nearly 6 years that Hike Mt Shasta has been on line, I have never posted a post on Veterans Day but this year is a bit different. Speaking broadly, the 100th anniversary of the end of the First World War is worthy of note no matter what the normal subject of a website. The death of the old world and the violent birth of the new was a singular event thus far in human history and we are all living in the wake of that incredible and incredibly bloody event. The other reason I am moved to mark this day is that, in recognition of Veterans Day, my son’s Cub Scout pack held a flag retirement ceremony in my backyard. 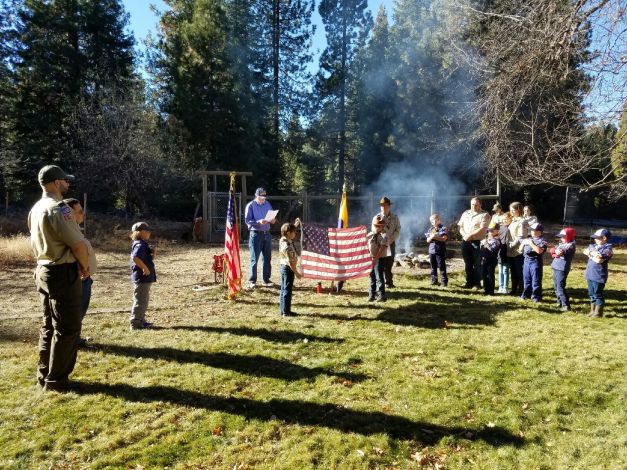 It was a great, multi-generational event, with a veteran joining us and the boys mixing effortlessly with him and the other adult scout leaders. When the time came for the ceremony, all the Cub Scouts were appropriately reverent, recognizing the solemnity of the event. We retired nearly a dozen flags, each one having been folded respectfully and placed in the flames for honorable retirement.

I am glad that these kids are able to participate in this and other important civic duties by being in the Cub Scouts. I only wish we had had more in our pack, so more kids would be learning these critical lessons and having these invaluable experiences. Hopefully more will join our pack!

After the fire died down, a few of the leaders and I sifted through the ashes and removed all the flag’s grommets. It has been a tradition in some Boy Scout units to collect these and hang them together on the troop’s flag so that they continue service honorably. Some are kept for personal carry as well. I have had one for 30 years in my Boy Scout uniform. I am honored to be able to pass this tradition on to the next generation. Hopefully these will be carried proudly for decades to come. 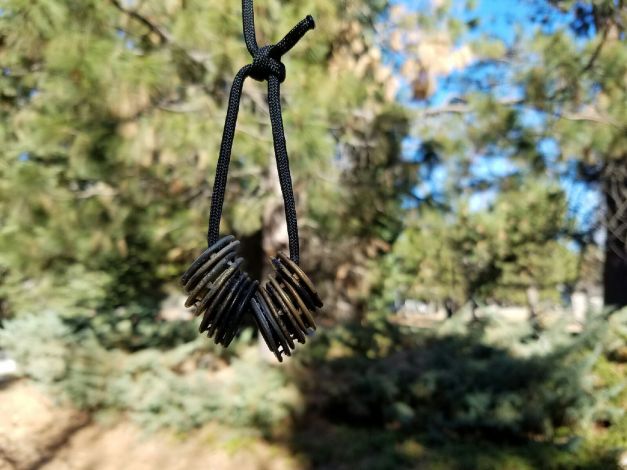