A Horrible Beginning To September In Mount Shasta 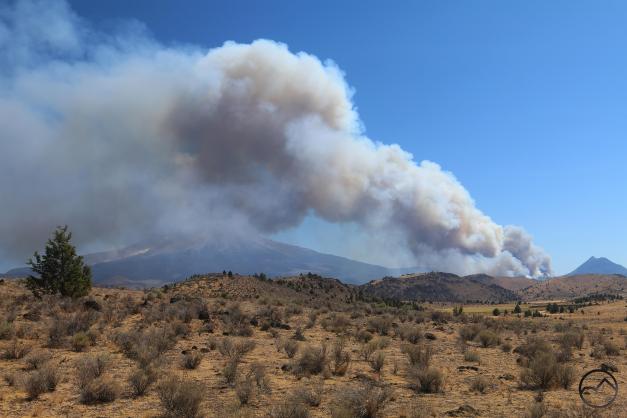 No sooner than I posted on the beautiful end to August here in Mount Shasta, we ushered in September in the most horrific manner possible. On the second day of the month, a fire erupted at the lumber mill in Weed and within minutes it had knocked out power to southern Siskiyou County, and worse, had torn through several homes while it rushed north toward Lake Shastina. In the midst of this nightmare scenario, a second blaze, 13.5 miles to the west erupted in the mountains north of China Mountain, along Gazelle Callahan Road. This was a disaster of terrible proportions. 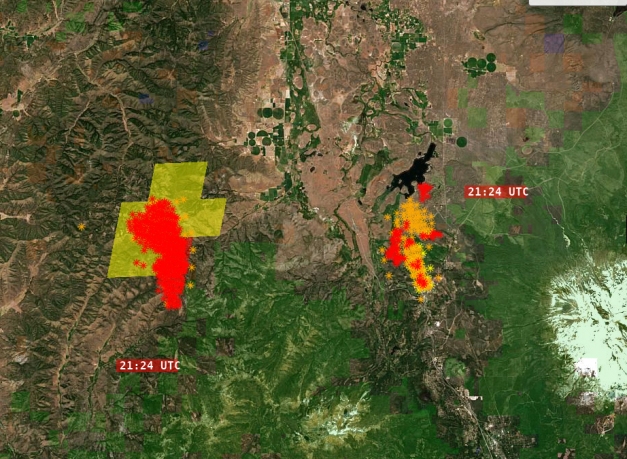 The Mountain Fire is on the left, the Mill Fire on the right. Conditions were around 2:30pm.

Though homes were lost and there were many injured and some fatalities, the firefighters battle back valiantly and managed to hold the line on what came to be known as the Mill Fire. This was an all-hands effort, with ground crews, tractors, helicopters and planes all combining to attack the blaze and halt it in its tracks. By nightfall the fire still burned but it had not grown.

Meanwhile, the Mountain Fire to the west continued to grow and, as I write this, is poised to get much, much worse. We shall see how this conflagration evolves over the next few days.

When the Mill Fire began, I was driving back to Mount Shasta from the animal hospital in Yreka. The plume of smoke was very small but black and ominous. I called my wife to have her check the scanners and, while on the phone, the power flickered several times before coming back on. This was likely the fire from the mill jumping Highway 97 and destroying the high yard adjacent to Black Butte Towing’s facility. As I drove home, the plume kept growing bigger and bigger. I stopped at Louie Road and captured some images and then stopped again at the Weed airport to capture more.

That afternoon I was disheartened to see the new plume from the soon-to-be-named Mountain Fire. With a sense of dread from this malevolent pair of burns, I went about getting my family set up to camp out in our house, as we had no power.

That night I went out to observe, from afar, the fires. I went out again early the next morning to monitor the status. I stayed only on roads that were open and avoided heading into the burn zones. It was close enough and surreal. 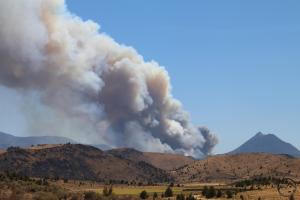 The Mill Fire is just getting going. Seen from Louie Road. 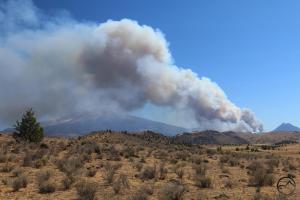 Mount Shasta is partially hidden by the growing plume from the nascent Mill Fire. 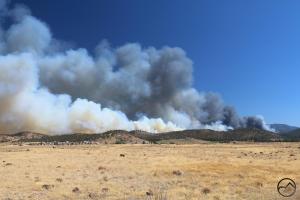 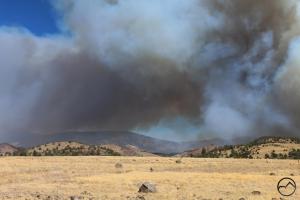 The first helicopter I observed carries a bucket of water toward the flames. Within minutes, there were several other birds in the air, all trying to stifle the fire’s advance. 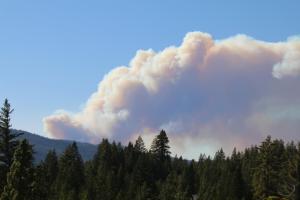 My heart sank when I saw the second plume of the Mountain Fire. 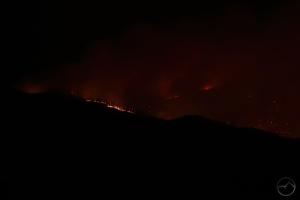 The south end of the Mountain Fire burns at night. 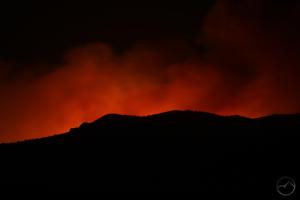 The glow from the growing Mountain Fire was intense. 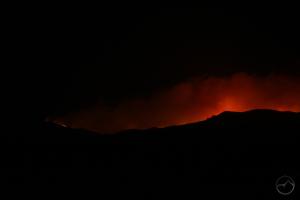 An ominous sight above sleepy village of Gazelle. 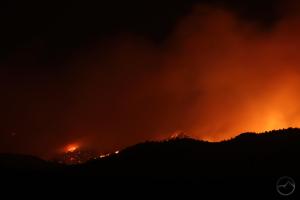 Another section of the Mountain Fire burns at night. 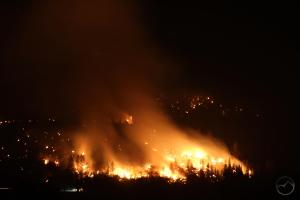 An active portion of the Mill Fire burns near Edgewood. This seemed to be the hottest part of the fire when I was out. Small flames can be seen in the burned out areas in the background. 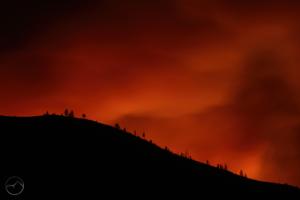 The Mountain Fire looks like a terrible aurora, as seen from the Weed airport.

By morning, the flames near Edgewood were largely out, but spot fires continued to pop up. The smoke hung low to the ground. 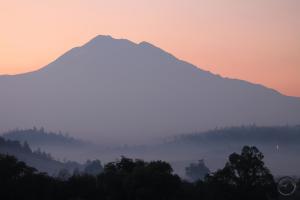 A few fires, including a burning tree, continue to burn while the sunrise lights up the smoky sky around Mount Shasta. 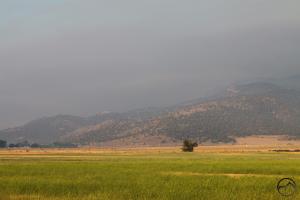 Dense smoke obscures any view of the Mountain Fire.

The threat of the Mill Fire abated quickly because of the work of all the firefighters. They were able to stop its advance and it has now, essentially, burned itself out. Naturally, vigilance is imperative since the weather is hot and windy, but the fire should be controlled now and official containment is increasing rapidly. 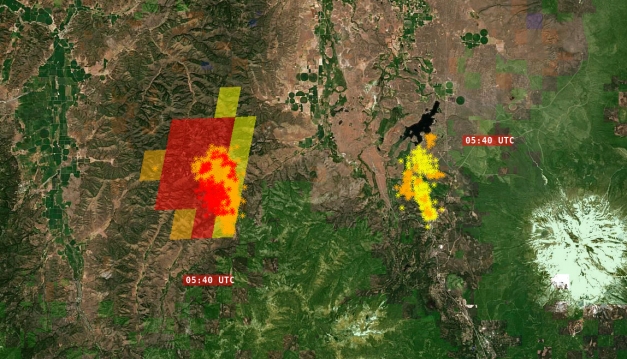 Around 11pm, the Mill Fire is largely inactive while the Mountain Fire is expanding.

The real issue now is the Mountain Fire. It seems to be increasing its activity and moving north and west. I pray that it will be brought to heel quickly. Amen.

14 comments on “A Horrible Beginning To September In Mount Shasta”