Following Up On The Fires Around Mount Shasta 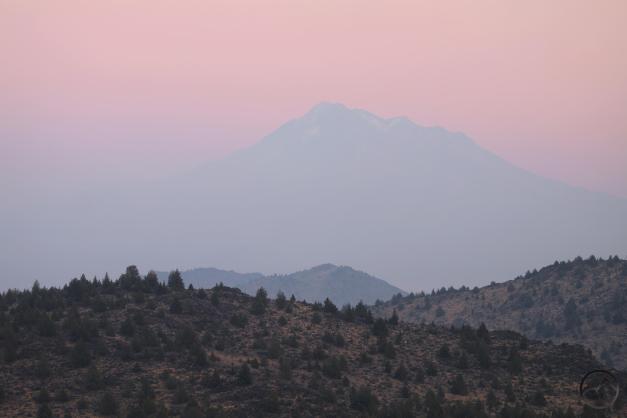 It’s been a week since the Mill and Mountain Fires began. Thankfully, it has been a fairly staid week, with little growth from either fire. For the preponderance of the week, the air quality was such that one could be forgiven for even forgetting that there a fire in the neighborhood. For this we should all be profoundly grateful.

A recap: Friday, around noon, the Mill Fire brook out at the mill in Weed. It quickly swept north, burning through neighborhoods and into the grass and oak covered hills that lie at the margins of the Shasta Valley. Firefighters pounced on the fire in earnest and though it burned into the Lake Shastina community, it was held there. By nightfall, the ultimate boundaries of the fire had been achieved and it would not grow anymore.

Meanwhile, later that afternoon a second conflagration was sparked along Gazelle Callahan Road. Dubbed the Mountain Fire, it too sent a large plume upward, mirroring the plume from the Mill Fire. This fire, however, was burning in generally unpopulated territory, but had plenty of fuel to consume. It seemed to be of dubious origins.

After that Friday night, the Mill Fire was essentially over but the Mountain Fire continued to burn in the mountains on the western edge of the Shasta Valley. However, it never seemed to expand very much after its rapid expansion the first night. Sunday evening, I headed out to Truchas Ridge to continue some ongoing work there but I took the time to observe the smoky conditions and see what could be seen of the fire:

Mount Shasta catches the last bit of light through the smoky haze. 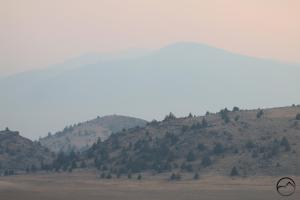 China Mountain is barely visible through the smoke. 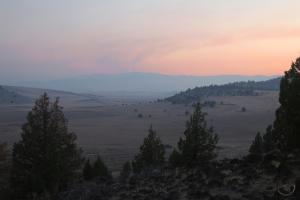 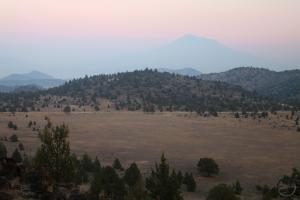 Mount Shasta appears out of the smoke above the Shasta Valley.

Overall, I was surprised with how little smoke was billowing up out of the Mountain Fire. Though the valley was filled with smoke, there was little actually being produced by the fire. It seemed that the fire’s fury had faded and was starting to moderate. 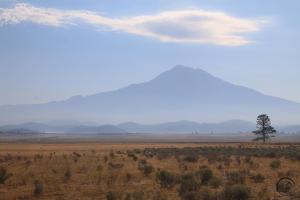 By Tuesday morning much of the smoke had cleared out of the valley. Some haze still lingered, but it was mostly focused over the site of the Mill Fire. Though the fire was essentially out, enough still smoldered that a pall still hung over where the fire had happened. 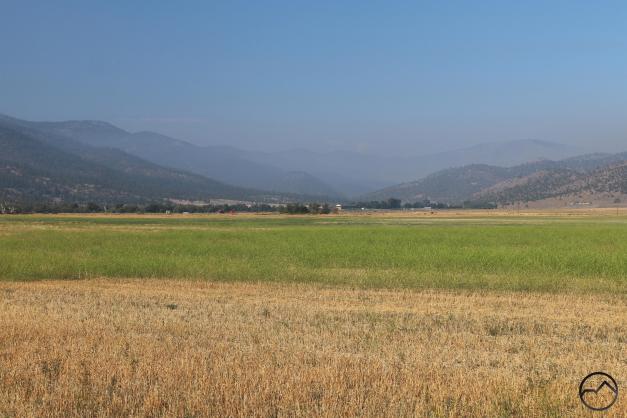 Meanwhile, the Mountain Fire was continuing its slow stall in activity. Smoke still hung over the area, but it had hardly filtered down to the Shasta Valley and no large plumes were visible against the blue sky at this time. It really did seem to be slowing down. 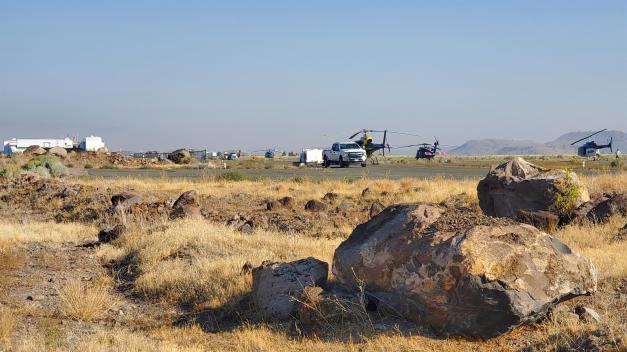 At the Weed airport, the entire facility had been converted into a helibase. There were nearly two dozen aircraft based there, with all their support teams as well. Offices and command facilities had been brought in and located right on the airfield. It was an impressive operation.

Click on this panorama and enlarge it to see some of the large firefighting helicopters at the base.

By Wednesday morning, the conditions were getting cloudy, with a little bit of rain and some lightning. It was still hot, but the weather seemed to continue holding the fire in check.

A dramatic sight over the Mountain Fire.

Looking up at the Mountain Fire, storm clouds brewed at sunrise. Smoke still hung over the area, but it seemed a light rain was falling over the fire area. Though there were a few drops in the valley, there wasn’t much in the flatlands. It was almost enough to make me think no rain was falling, however, I spotted rainbows over the mountains, which confirmed that rain was, indeed, falling. 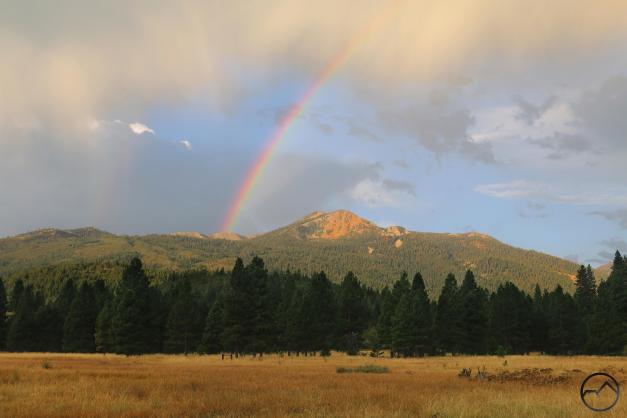 I wasn’t able to catch the rainbows over Mountain Fire area but I did catch one over Mount Eddy.

Wednesday continued to be overcast, with dramatic clouds over all the mountains throughout the day. While still hot, it never felt overbearing and was pleasant throughout the afternoon. Evening proved to be spectacular.

The clouds, which had been present all day, finally thinned and formed a glorious crown over Mount Shasta. For having almost snow on the west side, the mountain still presented a proud, purplish glow at sunset. The sunset was such that it made one forget about the fire completely, if only for a few minutes. 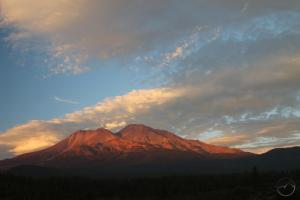 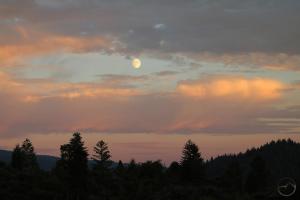 The next couple days were still hot, but the Mountain Fire seemed to be done growing. It has not grown in days and is, at the time of this writing, 55% contained. Lord willing, this will hold.

The Mill and Mountain Fires in relation to Mount Shasta (east) and the Scott Valley (west).

Temperatures into next week will moderate significantly, as we seem to be sliding into some glorious autumn weather. There is even a chance of precipitation next week. May it be so!

4 comments on “Following Up On The Fires Around Mount Shasta”