Catching Up In Mount Shasta

An interesting clouds flirts with becoming a lenticular.

So, after a brief absence, I am back. For the last week, I have been down in Sonoma County tying up a number of loose ends. The reason for the trip was fourfold. First, I spoke at the Sonoma Rotary on Wednesday. I was invited to speak about trails in the Wine Country. This was the first time I have ever been invited to speaking engagement and was a lot of fun. I had another speaking engagement that evening, where, in addition to discussing Wine Country trails, I was able to branch out and talk about Mount Shasta and some other lesser known parts of California. Frankly, it was a lot of fun talking about these awesome areas and I would love to do more events like these. The second reason for the trip down was to attend the Boy Scouts’ Northern California Commissioner College. This was a fascinating training event for adult leaders and I learned quite a bit.

The third reason for heading south was to help my parents with several projects around their new house. As I wrote earlier, my folks lost their home in the devastating Tubbs Fire back in October. Amazingly, within 2 months they had purchased a new home and moved in in January. The house is only 2 years old and had everything they were hoping to find. It is an amazing blessing that they are able to get settled so quickly after losing everything.

The view of Taylor Mountain from the front porch of the new house.

I also had time to head back to the old house, which was stunningly different from the last time I had been there. When I last went by the old place, it was Thanksgiving, dumping rain and everything was an ashy ruin. In the intervening time, the Army Corp of Engineers went through the area and cleaned up all the burned out homes. The area, while in some ways still familiar, does not feel like home anymore. The images below are not from the exact same spot but they are pretty close. Both are looking northwest from the driveway.

Since I was going to be down there for a few days, I brought my kids down and was then joined by my wife, who is also from Sonoma County. Time was spent at the coast as well as some of our old haunts around Santa Rosa. It was great to be back amongst our roots. Though are children are all Siskiyou County kids, we really want them to have a connection to Sonoma County as well and try to foster that whenever we are able.

So, after 6 days down there, we returned home to Mount Shasta and were pleased to discover we a little over 6 inches of snow at our house! There was not nearly as much in town, but we are higher up and catch a lot of precipitation. It really felt like winter finally decided to show up for real! 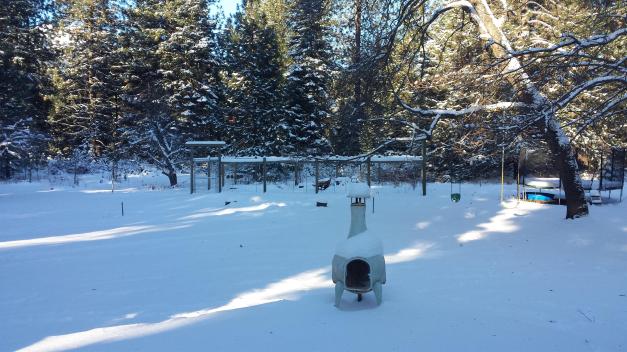 My backyard after the storm. It’s not like last year but we’re thankful for it!

As I drove around Mount Shasta today, it was capped by some unusual looking clouds and there were some wispy little lentuculars to the south. Alas, they did not survive long enough to be there at sunset. They likely were ushering in another storm system which should arrive tomorrow. Looking at the forecast, it looks like there is a lot more precipitation on the way. It may be that here at the end of February, we may finally start to catch up to where we should be after such a dry winter. If this storm turns out to be anything like the forecast says (upwards of 2 feet possible, though I doubt its close to that!) I’ll put up a post on its progress. What would this site be if I did not blog about the weather?! I’ll close this little update with some shots of Black Butte and Mount Shasta from this evening. We may not see them for a while as these storms role through… 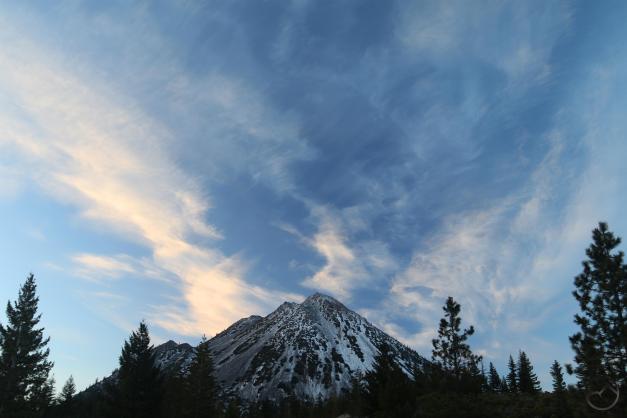