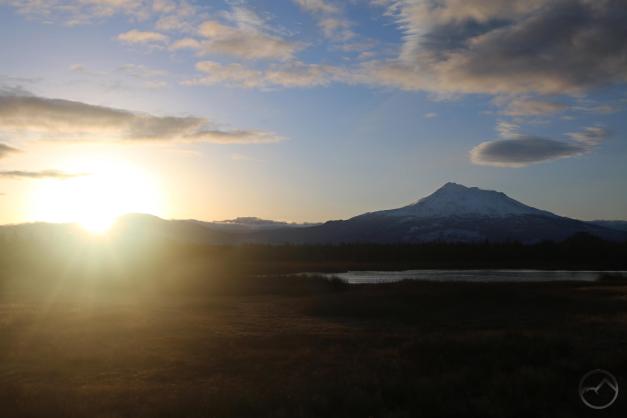 Sunrise on Monday morning before the storm.

The past few days have seen some significant snowfall in the Mount Shasta area. Snow was predicted nearly every day of the week, through, as is often the case, the reality varies somewhat. The bottom line, however, was that we got hit with a solid amount of snow, totaling as much as 2 feet in the higher parts of town. This was easily the strongest snow storm we have had since January of 2017. The storm seemed particularly strong in the south, where Redding got an unusual amount of snow. Some reports stated that as much as 10 inches fell there. Whatever the amount, it was a substantial amount, especially considering that there was already some snow on the ground from a previous storm and that the bulk of the white stuff fell in a 12 hour period. Even though it proved to be a fair amount of work, I am grateful for what we got.

Of course, it initially seemed like the storm might fizzle. Though the bulk of the storm was expected Tuesday, some precipitation was forecasted for Monday. The sky roiled with storm clouds but things remained dry. In the morning, I was even able to catch a sunrise over the mountain from the Shasta Valley. A single disk floated above Mount Shasta while the storm could be seen as a bank of clouds that came to a sudden halt at the pass around Black Butte. All through the day these conditions persisted. In the afternoon I was still able to see Mount Shasta clearly from the north while the area immediately south was covered in dark clouds. 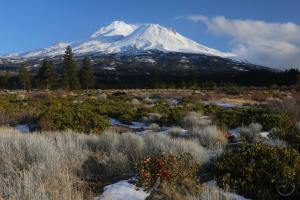 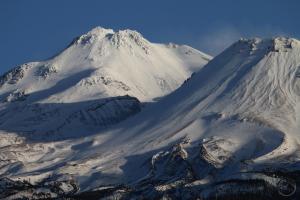 Little fell Monday night but by Tuesday morning, activity really picked up and it snowed all through the day. By evening about 5 inches had fallen but the intensity of the storm only increased. Snow fell all through the night. When we woke up Wednesday morning we were delighted to see that almost 2 feet of snow was on the ground.

The snow was quite dry and powdery. This, coupled with strong winds, made for some really unusual drift patters. Ultimately, however, many areas were quite deep and so the work of digging out commenced Wednesday morning. Fortunately, technology affords some serious aid when it comes to moving snow around. Naturally, while I worked (and my wife was busy saving lives) my kids thrilled themselves with sledding and building snow forts. It was a lot of work but fun. 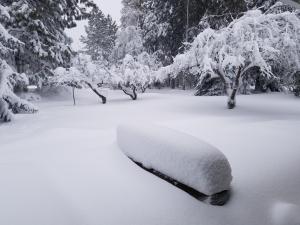 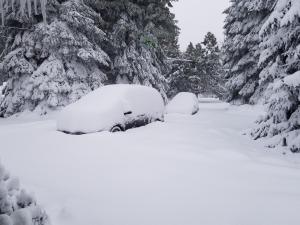 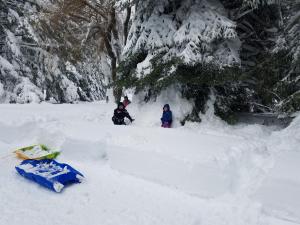 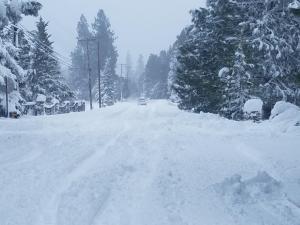 The one thing that was a bit of a surprise was how totally unprepared the city and county were. The roads were in terrible shape, both out along Old Stage and also in town. There have been plenty of large storms but the conditions on the roads never seemed to be as bad as this. The road I live on was not plowed for the first time until afternoon on Wednesday. Nothing on Tuesday, nothing Tuesday night and then not until well into Wednesday was the snow pushed off the road. It was really deep and messy and I am uncertain why this problem was manifest.

Thursday proved to be windy but with little precipitation until after dark. I did swing around to the north side to see if I could spot Mount Shasta. No such luck this time, as the mountain was covered in cloud, though the view to the north was quite pleasing. 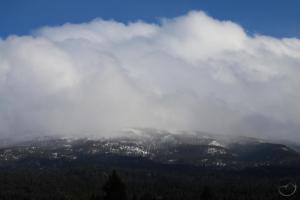 There is a mountain in there somewhere.

It will likely be a little while before Mount Shasta is visible again. Until then, a closing image of Black Butte will have to suffice. Stay safe and enjoy the snow everyone! 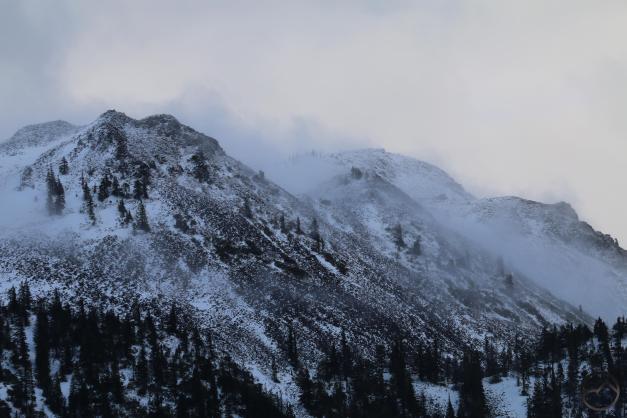 This post was written Thursday night. As expected, the storm dropped 4 more inches during the night. Another 3-5 are anticipated later today and possibly again tonight before the precipitation tapers off. It’s not the biggest storm we have ever had but it is a solid contribution to the snowpack! 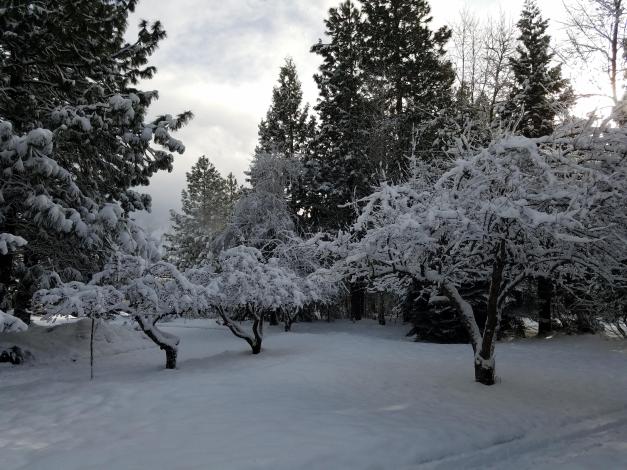 One comment on “A Strong Snow Storm Hits Mount Shasta”