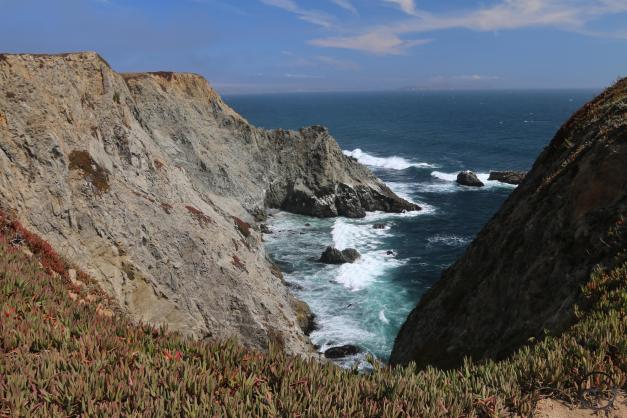 Craggy cliffs plunge into the Pacific Ocean at Bodega Head. Tomales Point is visible in the distance.

Last weekend I went down to Sonoma County to finish hiking the trails for the 2nd edition of my Hiking California’s Wine Country guidebook. It was a really busy trip as I rehiked several trails, checking on changed conditions and taking a bunch of pictures to add to the book. Most of my time was spent out on the coast but the Sonoma Valley and Mount Saint Helena were also areas of focus for this trip.

The highlight was when my brother came up from his home in Carmel to hike the new trail to Pole Mountain in the Jenner Headlands Preserve. This is the tallest mountain on the Sonoma Coast and some of the most spectacular views in the region. While being able to look out over the Pacific Ocean, one can still see almost all of Sonoma County, deep into Mendocino and Lake Counties as well as south into Marin and San Francisco Bay. It is a tough hike, stretching over 15 miles and climbing over 3,500 feet. The effort is well worth it, as you are rewarded with Big Sur-style, top of the world views. 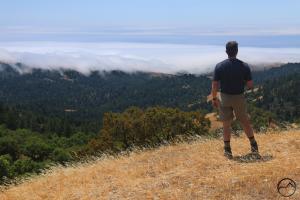 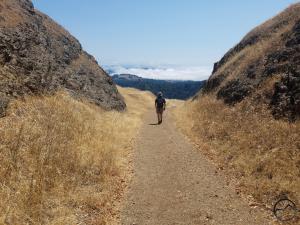 One particular geologic feature caught my eye while on the summit of Pole Mountain. The peak offers a rare view of the Cedars, one of the most fascinating and isolated features in Sonoma County. The Cedars is an 11 square mile block of ultramafic rock that has been extruded in the midst of the sedimentary rocks that make up California’s North Coast Range. 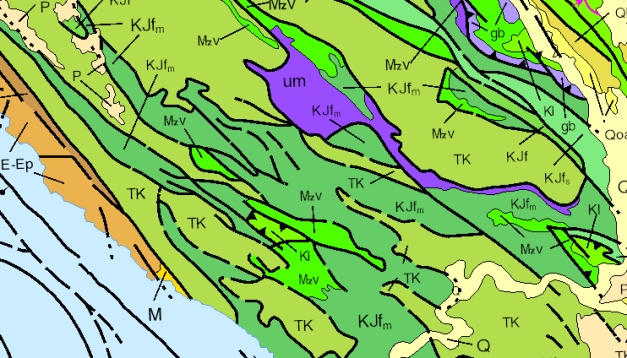 The purple area is the ultramafic rocks of the Cedars.

The ultramafic rocks in the Cedars are primarily serpentine and peridotite. While serpentine is fairly common throughout California (indeed, it is the state rock) but peridotite is significantly less common. The place in California were it exists at the highest concentrations is in the Klamath Mountains, particularly places like Mount Eddy. The peridotite is what gives Mount Eddy its russet complexion. This harsh rock is also one of the reasons there is so much unusual flora in the Klamath Mountains and it is the same at the Cedars. The large extrusion is covered in the very rare Sargents Cypress which is endemic to California.

The Cedars are very remote and surrounded by private land so access is difficult. However, from the summit of Pole Mountain, it is possible to see a significant portion of the formation. The really spectacular inner canyon is barely visible but the southern end, which hosts some interesting seasonal waterfalls is readily apparent. The formation is identifiable by the dark rock and the grayer shade of green, produced by the concentration of cypresses, that blankets the rounded summit. It is something that immediately draws the eye but it is still a fascinating sight, if one understands its significance. 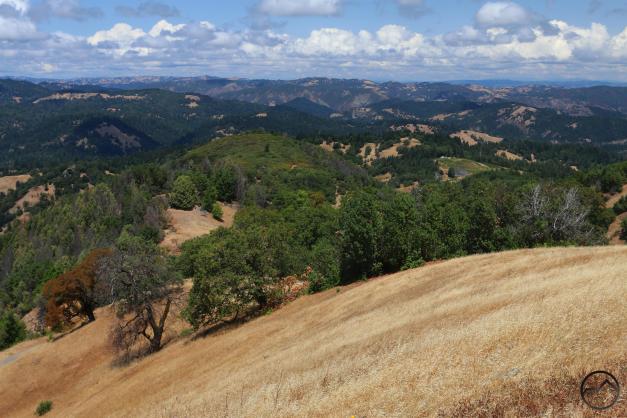 A distant view of the Cedars 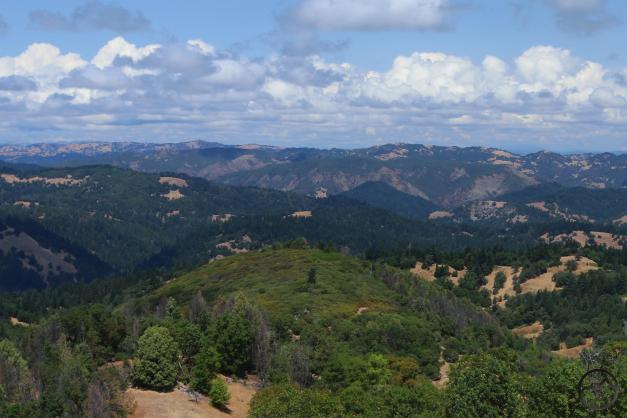 A closer view of the Cedars. The formation stands out from the surrounding landscape.

The trip south was quite productive and it was great to be able to spend a day with my brother, who I unabashedly admire a great deal. Now I have to buckle down and really work to finish my manuscript. It is due in one month!