A spectacular October lenticular was one of my highlights of the year.

In my year end post last year I stated: “Here in Mount Shasta, the year of our Lord 2018 was another beautiful circuit around the sun. The mountain remained much as it always is, massive, imposing and reigning over the landscape in splendid isolation.” This not only proved to be true for 2019, but even exceeded the last year. The beginning of the year saw some stunning lenticular activity and some incredible sunrises and sunsets. During the summer I took my family on a roadtrip to Indiana and back, hitting many highlights of the west along the way. The rest of the summer proved to be one of the most beautiful and temperate in recent memory. Making it even better, there was minimal smoke so the season was maximized for folks looking to get outside. The gorgeous summer eventually gave way to the most beautiful fall I have experienced in my 12ish years in Mount Shasta. Then the snow came and the wintry weather began with a bang. Though the snow has been off and on, we did manage to have a white Christmas.

In the midst of all the adventures, I also managed to get the 2nd edition of my wine country hiking guide completed. It really has been a great year. I pray this was the case for as many people as possible and the next year – and decade – are equally great. May God bless us all.

And now on to the year in images! 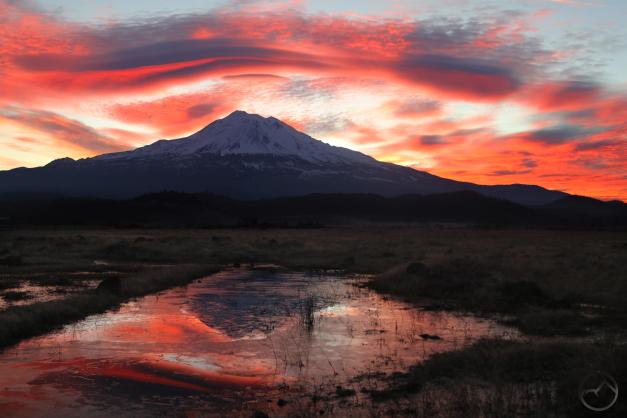 2019 started off with a bang. There were a handful of memorable lenticulars and the snow came down and buried the area in a deep blanket of powder. All in all, it was a good start to the year. 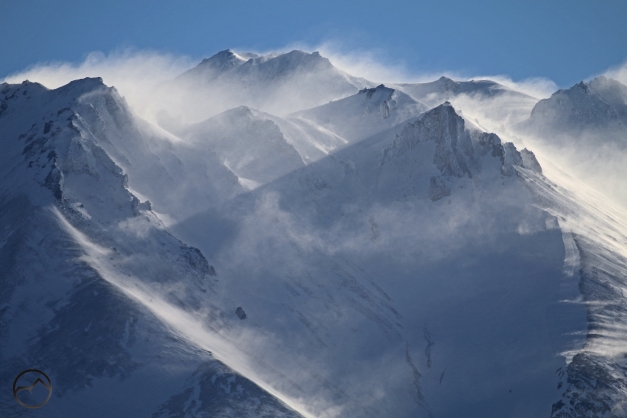 February continued the trend and saw a bit more snow and more great lenticular clouds. It had been a beautiful winter and this continued through the second month of the year. 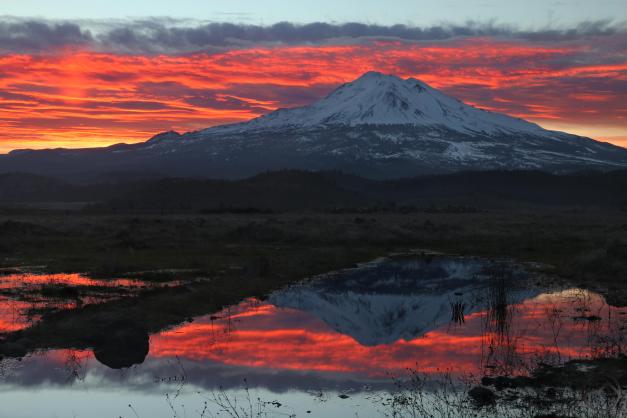 Like the classic adage notes, March came in like a lion and ended like a lamb. Winter was in full swing at the beginning of the month and when the month ended, the first inklings of spring were manifest. All the water, both snow and rain, that had come down during the winter made for a deep snowpack and a high water table. I was able to get great reflection shots since one of my favorite puddles was sustained well into spring. 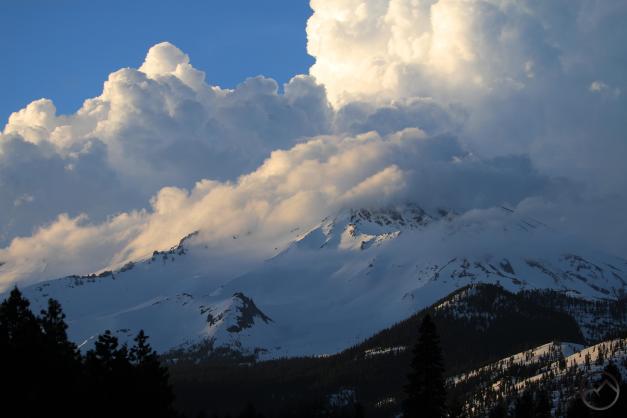 The deep snow remained in the high country but around town the forests were dried off and it was time to hit the lower elevation trails once again and smell the warm scent of the pine. Higher up, the snow was indeed deep yet and it looked to be a long time before the high country trails would open up this year.

Spring was in full-swing in May. The Shasta Valley was verdant, the creeks and rivers ran full and the mountain was cloaked in white. There were a couple late-season lenticulars, which added some nice interest to trips out to the valley. 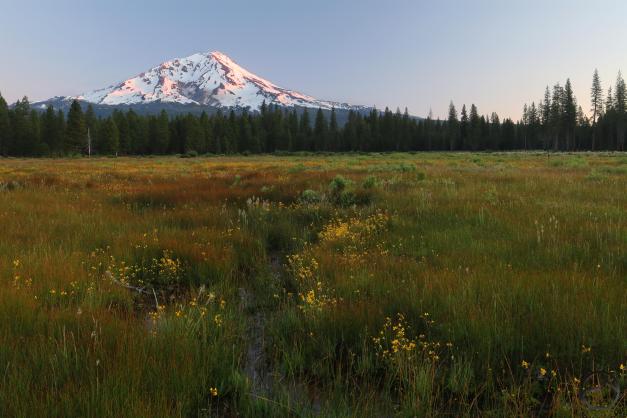 June yielded the first trips up to the high country, where creeks were swollen with runnoff. Scrambling on rocks and enjoying seasonal waterfalls was a must. Meadows were green and wildflowers were beginning to emerge. Mount Shasta itself remained cloaked in white, waiting for the temperatures to climb a little higher before thawing out. This month was truncatated, since my family and I departed on our cross-country roadtrip, not to return until July.

Leaving in June, we returned in July, having driven to Indiana and back. We camped, visited family and friends, hiked and had a marvelous time exploring the mountain west and the Great Plains. It was an eye-opening trip for my three kids! Read about it here. 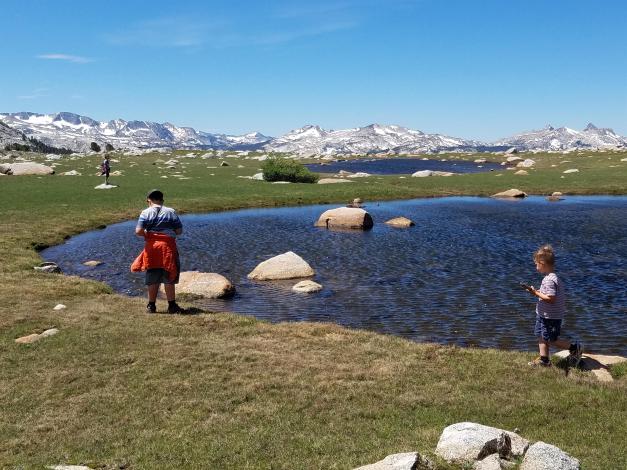 After returning from the long journey, we were home a couple of days before heading out for Yosemite. Almost a week later we finally came back to Mount Shasta for good. It had been a long month of travel but, my goodness, what an experience for my kids. Life is hard!

Once home in Mount Shasta, we were briefly beset by some smoke. This was its only significant presence during the summer. After the previous year, this proved to be a fantastic and much-needed respite. Indeed, the summer was proving to be quite mild, with very few days with either smoke or high temperatures. It honestly could not get much better. 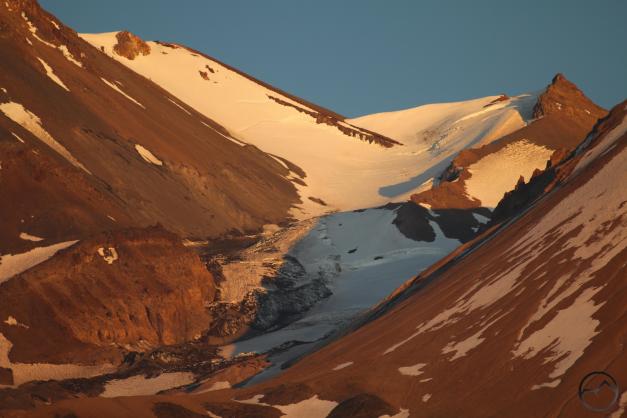 By August, the snow had finally melted off of Mount Shasta enough for the Old Ski Bowl to be opened up. It was time to hit some great trails on that part of the mountain. The highlight for me came when I finally got my son, 9 at the time, to the rim of Mud Creek Canyon. It is an absolutely spectacular sight, and one I was grateful to share with him.

With a smaller-than-normal window to enjoy the Old Ski Bowl area trails, we made the most of it, picnicking, hiking and just generally enjoying the area through the month of September. However, by the end of the month the sage and rabbitbrush was beginning to flower, indicating that autumn was not far off…

October proved to be one half of the prettiest fall I have experienced in Mount Shasta. Great weather, good fall color and excellent overall conditions made this a happy and relaxing season. We continued hiking, both on Mount Shasta and in the Trinity Divide. Only the knowledge that the Old Ski Bowl would soon close dampened the enjoyment of the month.

November continued the gorgeous fall conditions. Though the Old Ski Bowl did indeed close, we still enjoyed the trails in the Trinity Divide. The weather and fall color remained tremendous. That is, until Thanksgiving. Just before the grateful celebration, the snow came down and deposited over 2 feet at my house. Winter had arrived. 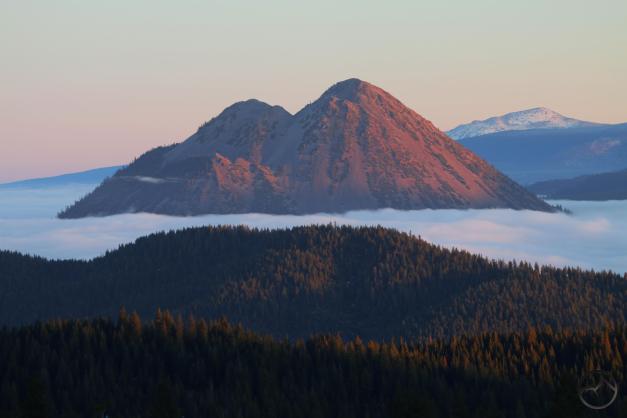 Following the snow from the previous month, December began with rain which was then followed by a deep fog. This finally burned off, leaving the remainder of the month to beautiful sunrises and sunsets and some small flurries of snow. It was a good end to a great year.

We are very blessed these days. I pray that everyone has a great new year, a great new decade and that we all enjoy the many blessings we have been given!