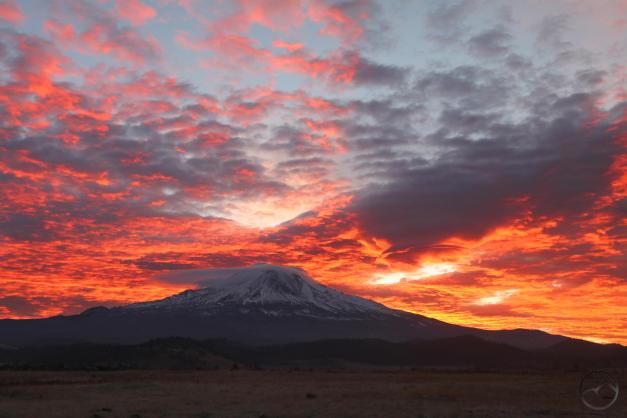 I am still finishing up my year-in-images and I had hoped to head out and photograph the last sunset of the decade but life intervened and three sick kids have kept me at home this afternoon. Nonetheless, I wanted to post something and I wanted to focus on a topic that is not my normal subject matter. It then occurred to me that I made a few GIF’s at the beginning of the year and then didn’t make anymore until a couple days ago animating that last epic sunrise. I thought it would be fun (for me, if no one else) to track down the little animations that were created and compare them.

The first one I made was actually from a sunrise in December of 2018, a few days after Christmas. It didn’t occur to me that I had enough images to animate the sunrise until a few days later. This was a really beautiful sunrise, the clouds reflected the pink and then orange light back onto the ground, giving the whole area a strange glow. It was a great way to end the year.

This was not a planned animation, as the changing size and position of the mountain indicate. I was trying to illustrate the flow pattern of the cloud being created by the summit of Mount Shasta.

Capturing a January sunset, this was my first attempt at deliberately capturing images for use in a GIF. It was a beautifully colorful sunset, with the color going from orange to pink to nothing. Alpenglow is awesome.

A nice reflection and some good morning color made this a quality animation. It was my second deliberate effort to make a time lapse.

An attempt at the reverse of the previous GIF, this sunrise from McCloud was a wonderful sight. Standing around watching the color intensify is tough work but someone has to do it. For some reason, though, I find the previous GIF more impressive. Maybe it is the fact that I had more images to work with and add together.

This GIF was an attempt to document the turbulent waves of a small lenticular on top of Mount Shasta. While the currents are fascinating, I do think that this did not translate into an animation very well. This is probably the case because there was no color in the sunrise, leaving the image a bit deflating. It was still an interesting exercise though.

After this GIF, my family’s trip sucked most of the air out the room and sidelined little projects like this. It honestly didn’t occur to me to pick it back up until a few days ago. Fortunately I did, to what I would consider spectacular results.

I think this is easily the most impressive of the GIF’s I have created thus far. The way the light is present, then fades then erupts in glorious fashion is incredibly dramatic. I like the way the lenticular shadow can be tracked as well. I hope to do more like this in the future!