Shadow Of The Mountain 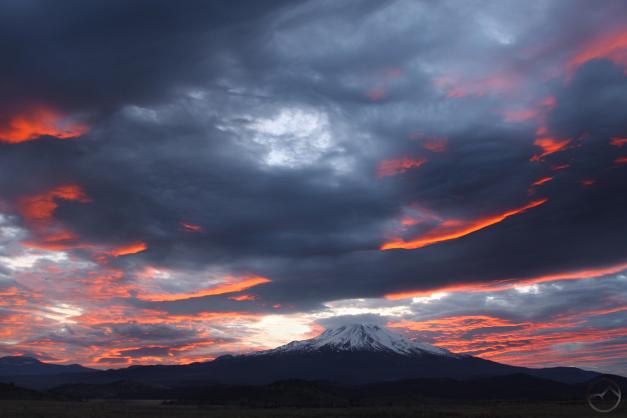 Mount Shasta casts a large shadow during a dramatic sunrise.

A couple of days ago I captured a magnificent sunrise at Mount Shasta. On this particular instance I timed it right and managed to document one of the (somewhat) rare occurrences when Mount Shasta casts its shadow onto the cloudy and brightly lit morning sky. The conditions for this event have to be perfectly aligned for the spectacle to manifest. First (perhaps obviously), it can only occur at sunrise. Second, there must be clouds in the sky yet the horizon must be clear enough of the rising sun’s light to come through relatively unfiltered. Third, it only happens when the sun is below the horizon, which is low enough that the mountain’s shadow is cast upward onto the clouds. Lastly, it would seem, for some reason, that this phenomenon happens only in the fall. Though this is not a scientifically conclusive statement, the only times I have ever seen it happen have been this time of year. Perhaps it has something to do with the seasonal angle of the rising sun.

All the times I have witnessed this event, the skies have been colored magnificently. The beauty of the rising sun over Mount Shasta, the brightly illuminated clouds, and the dark mass of the mountain itself all combine to make stupendous scene. The presence of the mountain’s shadow being projected onto the clouds only heightened an already incredible showcase of nature’s glory.

In my experience, these sunrise shadows are less common than the lenticulars that often happen this time of year. However, both are majestic and unique and make getting up early in the morning a worthwhile sacrifice (if it is indeed such). To stand in the windswept expanse of the Shasta Valley’s high desert and watch the fiery light glow in the heavens while the spectacular mountain parts the photons is an unforgettable experience.

I added a gallery of some of the sunrise shadows I have observed. I added in lines to delineate the shadow in order to make it easier to discern. Hopefully this will motivate someone to get up and head out and try to see this unforgettable sight themselves! 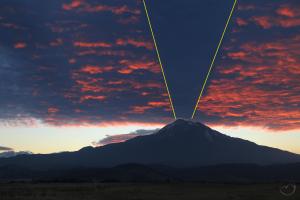 3 comments on “Shadow Of The Mountain”