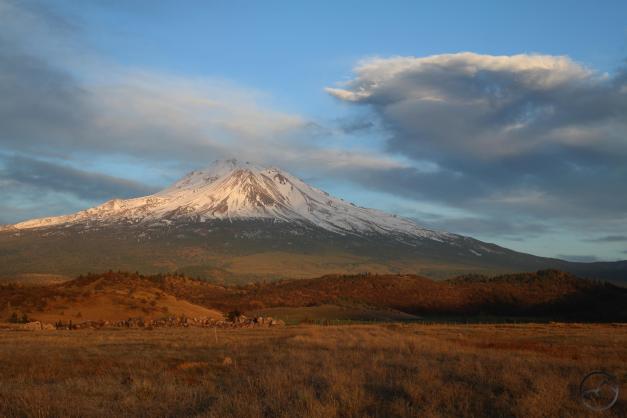 The lenticular begins to reform over Mount Shasta.

This past Easter the sky over Mount Shasta saw some significant meteorological activity that yielded two spectacular sunsets and a beautiful sunrise. The clouds throughout the area were impressive, filing the sky with a variety of shapes and patterns. However, it was the presence of a persistent lenticular southeast of the mountain that proved to be the real highlight. The cloud was not present on Saturday until sunset but manifested just as the sunlight faded. It was present again in the morning, forming a nice stack not far from the summit of Mount Shasta. The disk lasted until midday when all the clouds in the sky dissipated completely. It looked as though that would be the end of the show, since no clouds appeared throughout the afternoon. However, about an hour before sunset a host of new clouds sailed in from the west, filling the sky and heralding another magnificent sunset. At first it seemed like this was unconnected with the previous weather system from Easter morning. This assumption was in error and, just as the sun was sinking down toward the horizon, the lenticular reformed, in the same spot it had occupied the previous night. It was a dramatic and memorable sunset, with awesome clouds and fantastic color!

It is fascinating how the cloud could persist in the same spot for so long. While most lenticulars tend tend to be fleeting, this one proved to be resilient, forming, dissipating and then reforming once again. It was certainly a remarkable Easter spectacle! 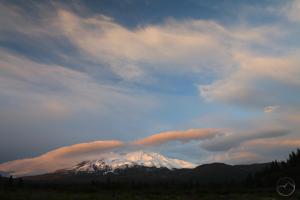 A beautiful sunset amidst a busy sky. 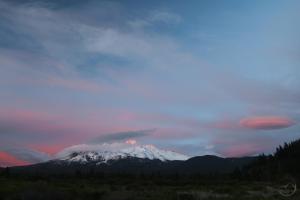 As the sun faded the lenticulars gathered strength and coalesced into stacks. 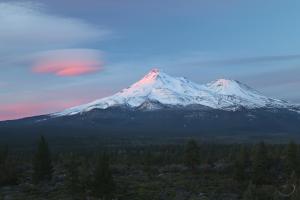 A pink lenticular on Easter morning. 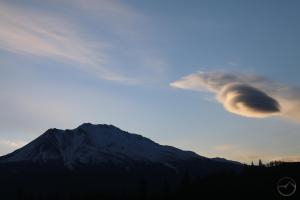 Later in the morning a lot other clouds had faded but the lenticular persisted, even showing some cloud iridescence. 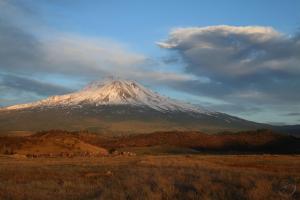 The lenticular reforms for Easter’s sunset. 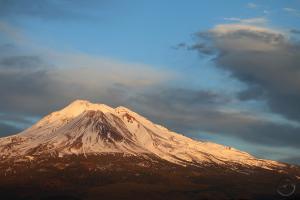 With the sun sinking quickly, the cloud began to gather itself and take on a more disk-like shape. 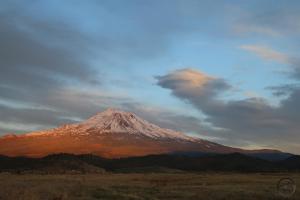 Nearing sunset, the lenticular continued to gain definition. It still seemed attached to other, larger clouds but the main mass was present in the same spot it had been the previous night and morning. 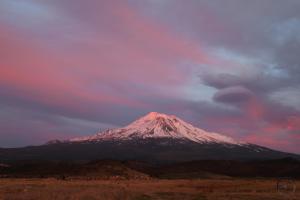 The last light of Easter.