Distancing Pt. VI: May In Mount Shasta / The End

A spectacular May morning on Mount Shasta.

It’s hard to believe I haven’t posted anything in May. The month has been incredibly busy, both with work and play. With one blip of rainy/snowy weather, the weather was idyllic most of the month. Naturally the virus has been an influencing factor in some regard but for the most part it has been life as normal up here in Mount Shasta. It is on that note I just want to state that this will be my final post on my and my family’s distancing activities. As Siskiyou County has entered into advanced phases of reopening, it seems that life is returning to the ordinary and I no longer feel the need to commemorate what we have been up to during the “Great Hunkering”. From here on out, it will be a return to the usual Mount Shasta-centric posting. Thanks to everyone who has journeyed along with my family in this strange time!

The flanks of China Mountain cut a nice line on the horizon.

My youngest takes in some impressive cloud iridescence.

Gray Rock Dome is an impressive sight on the way into the lakes.

She’ll be climbing it soon!

Exploring Made In The Shade.

Hiking paradise in the Castle Crags.

Does it get better than this?

High desert meadows are a great place to run free.

My family enjoys “the bench” at Cliff Lake.

They obviously haven’t been up to very much. Life is very hard! 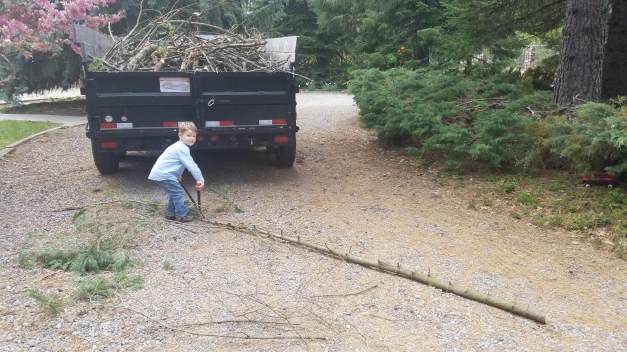 Of course, it wasn’t play an no work. My kids have done considerable work limbing, lopping, loading and other tasks necessary to maintain the land. They are good workers…most of the time. 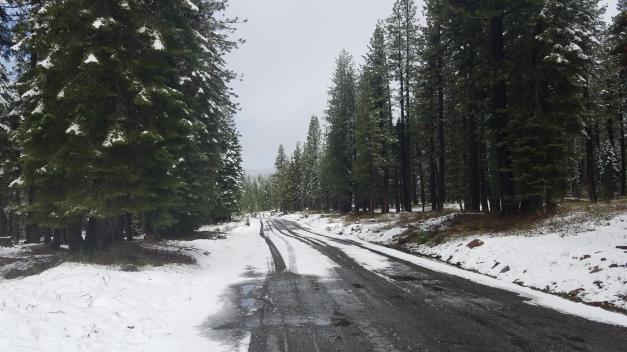 As stated, about 2/3’s of the way through May, we got some rainy weather that left some fresh snow slightly higher up than the elevation my house is at. Although we were nearly in full summer mode, the wet weather was a bit of a hiccup and, against my will, I was forced to build a fire once again.

During this time, a small possum showed up at the door of our house. My wife, who is adept at handling animals, has taken “Pokey” in as a foster until it is old enough to handle itself in the wild.

With proper rules in place, the Boy Scouts and Cub Scouts continued the tradition of planting flags at the graves of veterans buried at Mount Shasta’s cemetery. There was appropriate distancing and masks etc and, fortunately, the event continued once again.

As far as mountains go, my attention has been focused on finding a variety of off-the-beaten-path destinations. Some have been in the high desert while others have been at the bottom of remote, seldom traveled canyons. These latter have been particularly fun with some great discoveries.

Another view of Sheep Rock.

A view across the Shasta Valley to Duzel Rock. 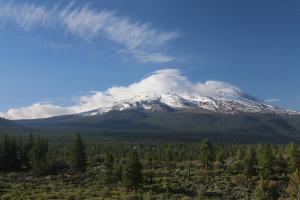 Mount Shasta from the high desert.

Sheep Rock is one of my favorite destinations on the north side of Mount Shasta. Loaded with history and mystery, it is at its best in spring. Access can be tricky at points but for those who venture into its demesnes, the rewards are ample. 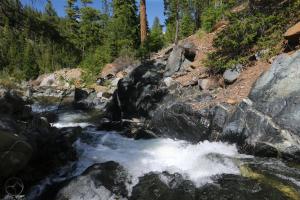 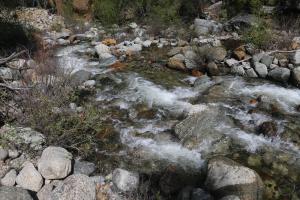 A view of Parks Creek from the hike down into the canyon.

Parks Creek has been a fascination of mine for quite a while and hiking through its deep, rugged and remote canyon is pure joy. More on this awesome waterway in the nearish future, but for now, one video will suffice…

Though there are some nice cataracts along Parks Creek, this passage through a rocky gorge really caught my interest. The way the water has sculpted the rock strata is fascinating.

Naturally, waterfalls are always at the top of my list and the discovery of this fine cataract was a complete serendipity. Found in the course of trying to reach the falls in the video below, this one was earned the hard way.

This waterfall is completely off the radar in the Mount Shasta area but not far from other, popular destinations. About 30 feet high, its power is tremendous. Reaching this waterfall was the result of a lot of trial and error and “manzaneering”. It sure was worth it!

Though easy to reach at a popular lake, this terraced waterfall (unofficially dubbed Terrace Falls) is generally overlooked. The highest tier is the largest but is overexposed in the video. Surrounded by large Port Orford Cedars, it is an impressive sight.

Just above Terrace Falls is another nice little cataract. Not as impressive, but is there such a things as too much video of falling water?

Lastly, it would not be proper to leave out Mount Shasta itself. The mountain has put forward some fine spectacles over the past month. Sadly, there were a few lenticulars that I missed, especially on one frustrating occasion when it manifested while I was in the depths of a deep canyon. We can’t win them all I guess, but it always feels like winning around Mount Shasta! 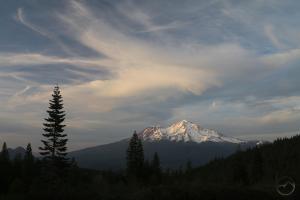 3 comments on “Distancing Pt. VI: May In Mount Shasta / The End”