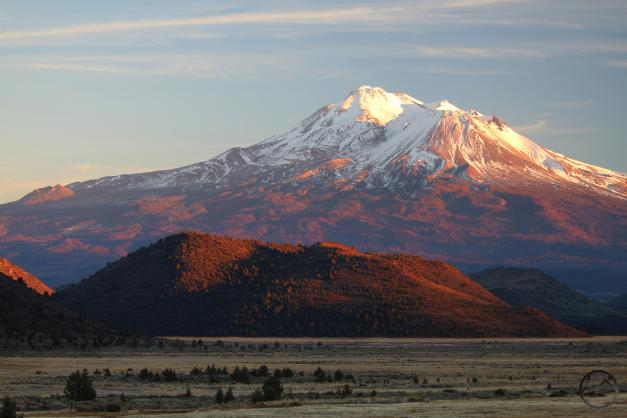 What a wild year 2021 was. It was a season of fun, fires, family and all else that lies in between. In summary, it was a year of change for both the physical and human geography. It started off with promise, with a few good storms but the storms proved to be an illusion, as the snow seemed to just blow away. In the end, though the snowpack in places was deeper than anticipated, it turned out that the winter delivered less snow than hoped, by a pretty significant margin. This was followed by a beautiful spring that leaped right into summer. This, of course, was dominated by the Lava Fire, which burned across Mount Shasta’s northern flanks. The scar from this far will require generational healing. Of course, there were plenty other fires in the region, burning across the northern Sierra Nevada and through the beloved Trinity Alps. Time will tell how badly these were effected. Finally, after a smoky summer, fall arrived, bringing with it significant rain and one of the most vivid displays of autumn color I have seen in Mount Shasta. Finally, the winter came and the snow has blanketed the region. It seems there is more snow on Mount Shasta after one month than through all of the previous winter. Thus, the year ends with hope that perhaps next year may be better.
And so, on to the retrospective! 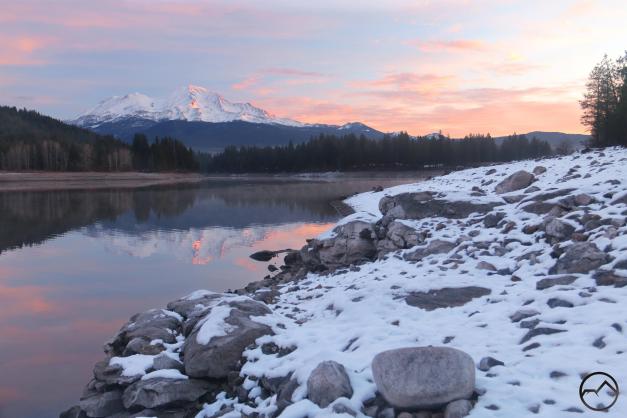 January began beautifully, with a few storms and cold weather. However, not much snow fell and it was always very dry and powdery. Consequently, when came, even in large quantities, it often just blew away. Still, the mountain stood proud in we reveled in the new year.

The following month continued the trend. A few storms rolled through but, though the snow at times was copious, it lacked water content and was gone as quickly as it arrived. When it did come, I found myself hungering after the Castle Crags, an obsession that dominated my mind in the first half of 2021. Their magnificent towers and spectacular cliffs have always captured my attention and the knowledge that great things lay hidden in their layered canyons has fired my imagination.

Winter entered its last month still waiting for a heavy, wet storm. Though Mount Shasta was white, the Heart was still naked near the top of Avalanche Gulch. I had never observed this in winter time and it did not bode well for the coming year. It was, however, easy to lose oneself in the still constant beauty that perpetually emanates from the mountain. 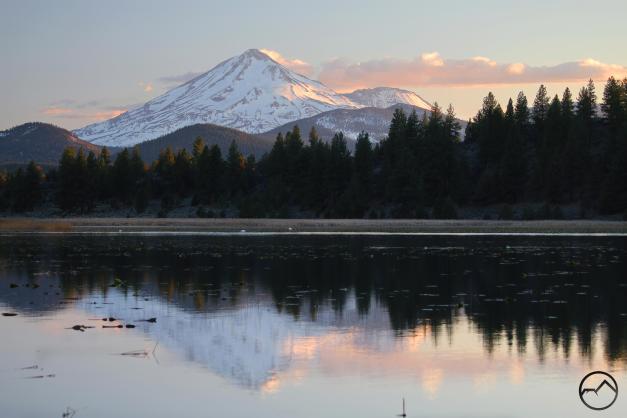 Spring arrived with great beauty. Temperatures were going up, snow was melting and trees that had lost their leaves were awakening. It was a strange month though. When it began, a thin layer of snow on the mountain made the snowpack seem far deeper than it truly was. 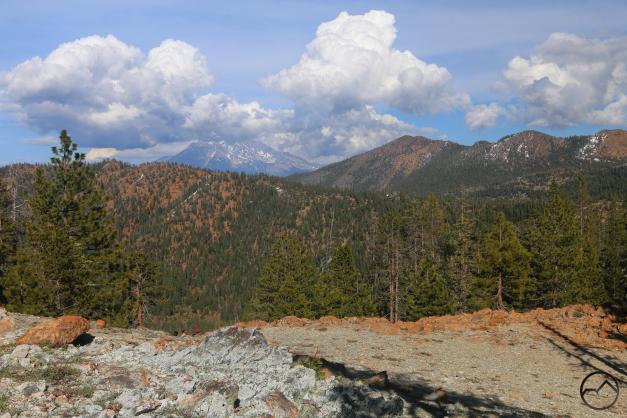 A spectacular month, May was filled with full rivers, wild streams and waterfalls. The raging waters gave some clue to the swift melting taking place at higher elevations but at lower elevations, it was gorgeous. Explorations in the Castle Crags led to some terrific new waterfalls. Higher up, though, Mount Shasta was already looking sparse.

In June, disaster struck. The dry conditions mixed with a powerful lightning storm left the awful residue of the Lava Fire. The conflagration began on the northwest side of Mount Shasta and burned all the way across the northern flanks as well as pushing south, to just beyond Diller Canyon. Tensions were high and the flames were apparent in the most awful way from most vantage points. We all knew that the mountain had been altered but held our breath to see what lie ahead. 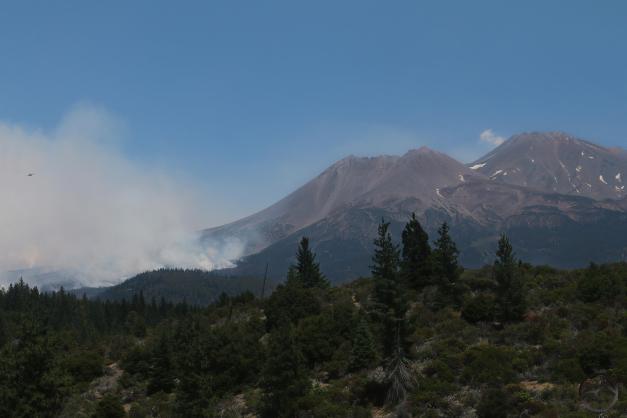 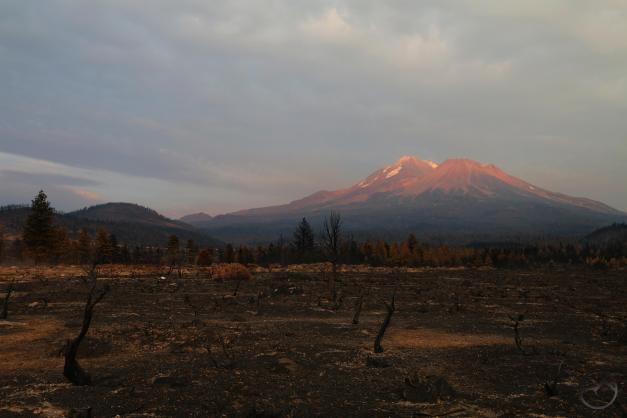 The Lava Fire burned into July but by mid-month had larger burned itself into containment. It was, however, by no means out. Unfortunately, fires had flared up all over Northern California and many beloved spots felt the burn. On Mount Shasta, though, it was time to begin assessing what was lost.

Smoke from all the fires choked the region for much of the month and the Lava Fire still smoldered on Mount Shasta. However, this was to be a memorable month, since my wife and I finally took possession of Truchas Ridge (more on that soon). We had already spent considerable time there over the summer but now it was ours and we were grateful beyond words. We are excited with what lies ahead there, for the opportunity to share it, and for the adventures that await! 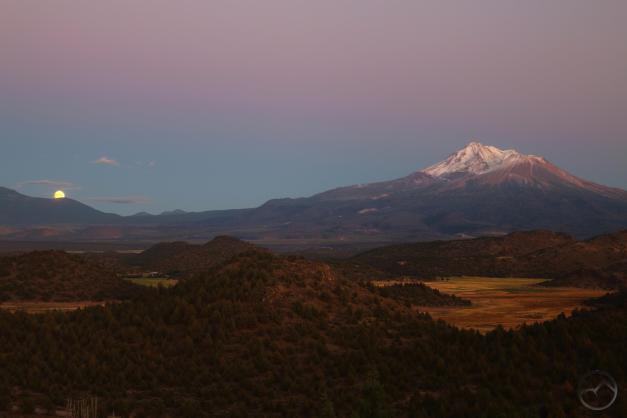 September was the month that the healing began. Lenticulars arrived and heralded a series of small rain storms. The air cleared, the flames were somewhat subdued and the hope that the awful summer was ending was invigorating. The yellow rabbitbrush, always a welcome sight, hinted at deeper and more abundant color coming soon. Mount Shasta sported snow for the first time in months, having been seared clean of all but the glaciers. Now it felt like things were getting back to normal! 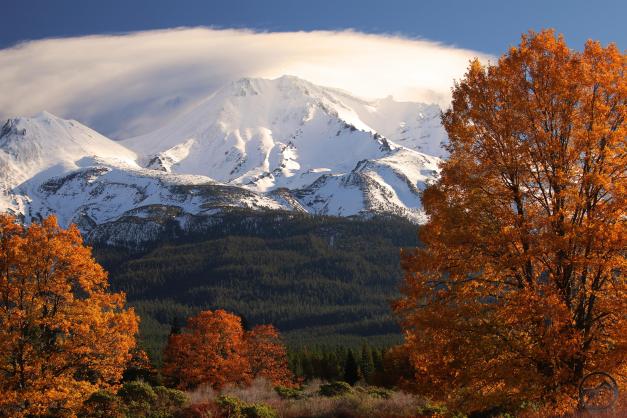 Fall arrived with great enthusiasm in October and what a gorgeous autumn it would prove to be! A prolonged rain system brought a week of precipitation that left Mount Shasta as white as it ever had been the previous winter. The temperatures were perfect and the light starting to warm up as the sun got lower. The colors were amazing. It was simply magnificent and a balm to the soul, weary from the scorched summer. 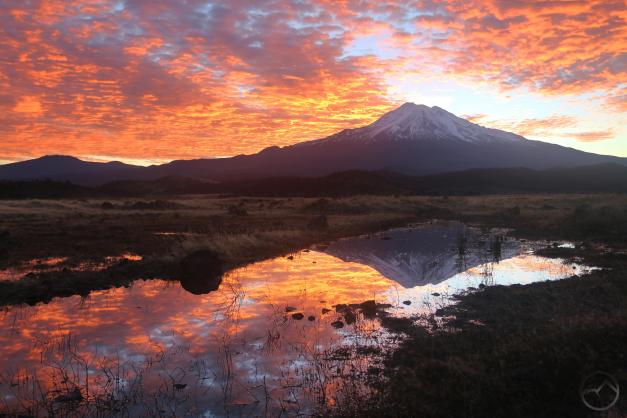 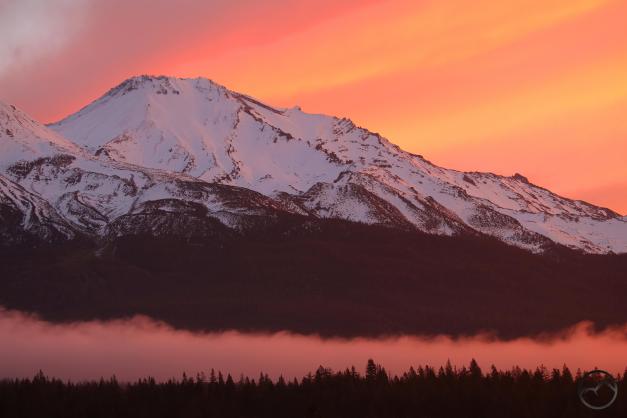 The beautiful autumn continued into November and the entire month was lovely. Punctuated by short rain storms, it was a joyous season and one in which my family truly gave thanks for the many blessings we had received. Despite all the craziness of the world, the vicissitudes of societal upheaval, the very land being consumed in flame, we are grateful for life, for our opportunities and for the chance to live it all out at in this most beautiful of places. Amen. 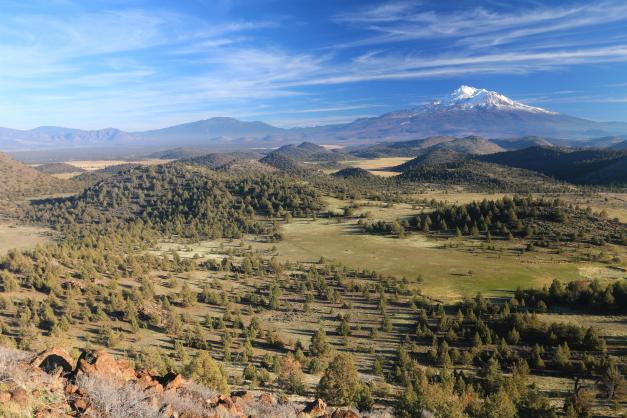 December finally arrived and with it came snow. It was not the dry, low water snow of the previous winter, but wet snow that smothered the earth. It felt like everything drank deeply of the crystalline water. The snow did not let up all month either, continually falling and replenishing that which settled, sank and melted. In the end, it was a grand and gorgeous month crowned by Christmas and all the joy and worship that entails. It was a time for family, for new family members and a recognition that we are truly blessed, every one of us. May the next year make this even more apparent!