Some Current (Friday Morning) Maps Of The Carr Fire 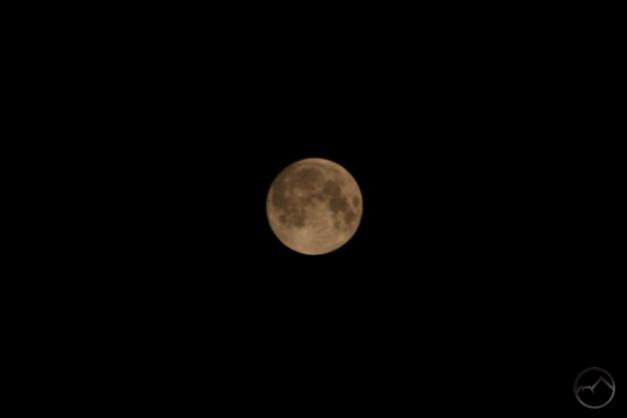 Not a blood moon yet, but red from the fire in Redding. I stayed up following the fire and captured some images of the moon around 2:30, when things in Redding seemed the worst.

The fire in Redding is devastating. The city remains under threat and several homes and other buildings have been consumed by the flames. Thankfully it seems that the city’s doom that seemed inevitable last night did not in fact happen. The fire is close to the downtown area and many neighborhoods but so far it seems to have held back from the densest parts of town. This is good, since in the light, the full weight of the firefighting efforts can now be brought to bear on the conflagration.

Update: Here is a really good continuously updated map of the fire.

It has been frustrating this morning, trying to get a handle on where the flames are at. I finally found a good map showing the extent of where the fire has burned up until now. Hopefully this helps: 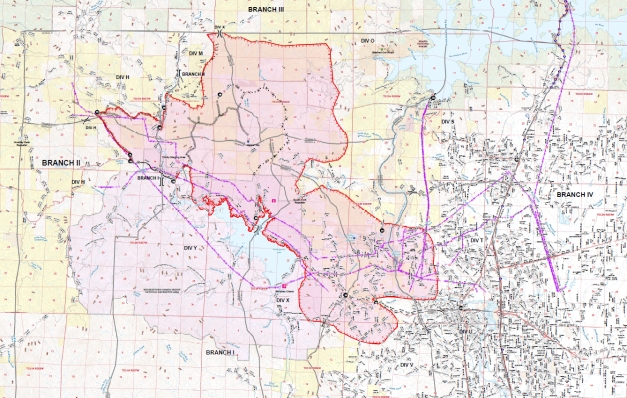 This fire shows the full 44,000 acres of the Carr fire. The Oak Bottom area at Whiskeytown is completely destroyed. Most dangerous of all is the fire’s encroachment on Redding. The towns of Keswick and Shasta are withing the fireline, as well as numerous semi-densely populated areas. Unfortunately the historic buildings at Shasta State Historic Park have burned. Hopefully the brick structures will still be standing.

Here is a map showing the fire activity closer to Redding: 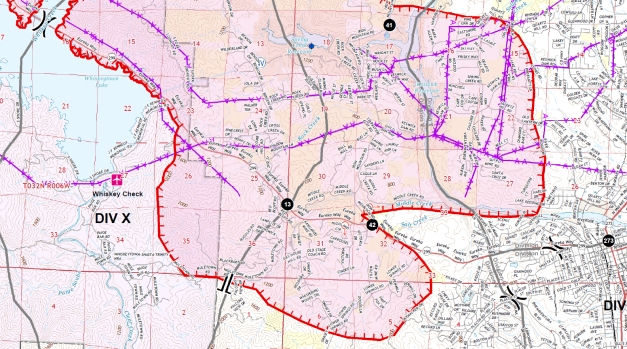 Obviously some populated areas are heavily impacted by the fire. Along with homes, the prettiest section of the Sacramento River Trail has burned. Some homes along Harlan, just west of Caldwell Park have burned. As of this morning, three homes along the rim of the Sacramento River Canyon just west of Shasta High School also burned. Fortunately, the rest of that neighborhood was saved. That seems to be the line being held by firefighters at this point. Hopefully none of this information is out of date and things have gotten worse.

Last night seemed like a bad replay of what happened in Sonoma and Napa Counties last October. My parents lost their home in that fire. It is a frightening reminder that it can happen here in Mount Shasta too. I am praying that it doesn’t. I am praying for Redding too. 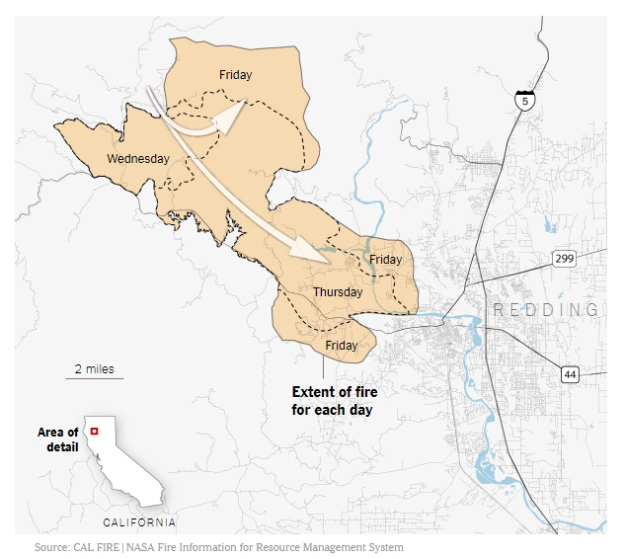 Update: I love lenticular clouds, but not like this: 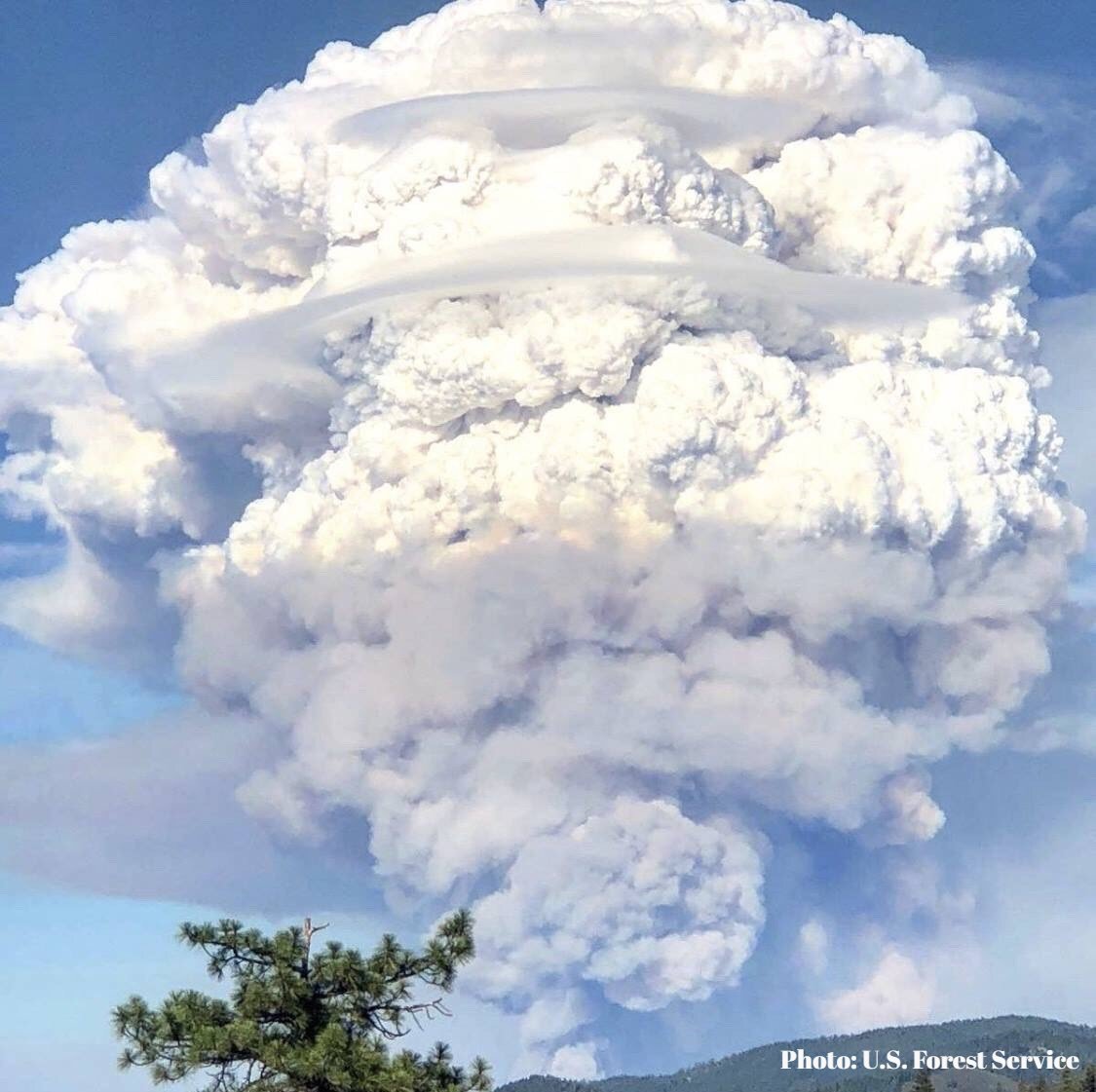 Update: This seems to have been the current position of the fire as of 8:45 PM. It looks like they have been able to hold the line at Keswick Lake and Quartz Hill on the east side of the Sacramento River. On the west side, the line at Lake Mary looks like it is holding for now but the fire has spread further to the south. It is supposed to be windy tonight and hot tomorrow. This is a critical moment for Redding. Psalm 121. 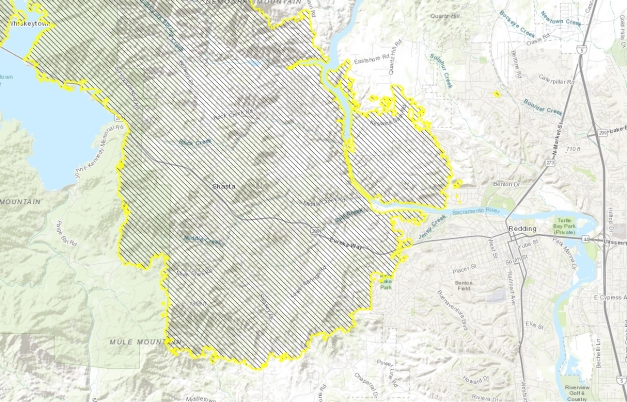