On Saturday morning I headed out to Truchas Ridge for the sunrise. There were a few clouds in the sky but nothing particularly interesting. However, I had not been out there for a few days and I was glad to get back out to to the ridge. While driving in from the west, the air was clear and visibility was great. However, once I was on top of the ridge, it was evident that the eastern side of Shasta Valley was blanketed in a thick layer of fog. Though moving slowly, the fog was creeping westward and looked to overtake the area around the ridge soon. This was the first time I had been to the ridge with the much fog in the valley. 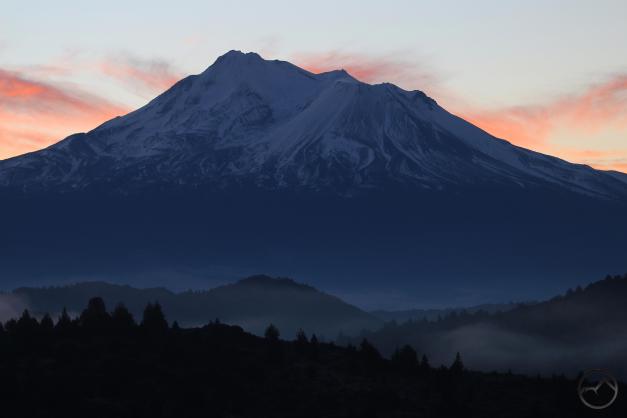 I positioned myself on top of Jemez Hill and was able to catch the sunrise. Not much fog had intruded as far as Mount Shasta but thin wisps were permeating the hills the lie to the south of my position. 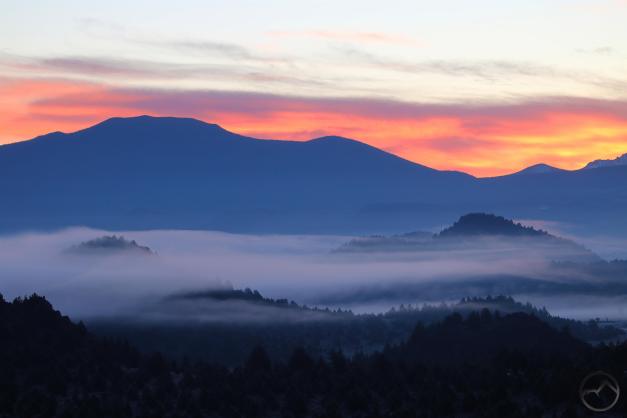 Further west, the fog was much more ubiquitous. While prominent peaks like the Whaleback, Ash Creek Butte and Sheeprock were all towering above the mist, the smaller hills of the Shasta Valley were almost totally swallowed up. Only a few were able to peak above the shroud. 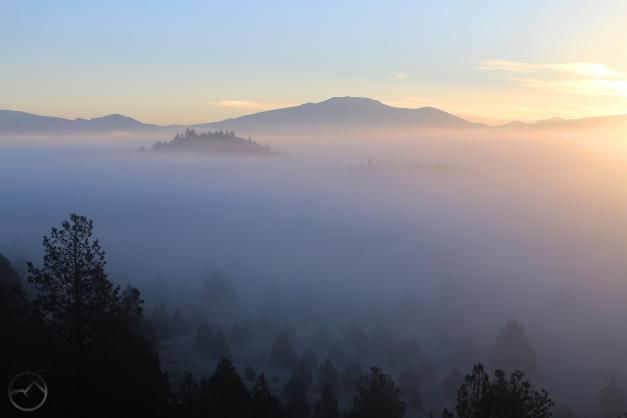 From Jemez Hill I headed along the ridge to the Quemado Tree (which had been struck by lightning in May), which I was saddened to see had toppled in the powerful winds we had a couple weeks ago. I took a position for nearby to watch the sun come up. As the sun rose, the fog continued to thicken and rise. Soon the entire valley seemed to be consumed. Truchas Ridge is not exceptionally high but it appeared to be just high enough to rise above the fog, offering clear views. 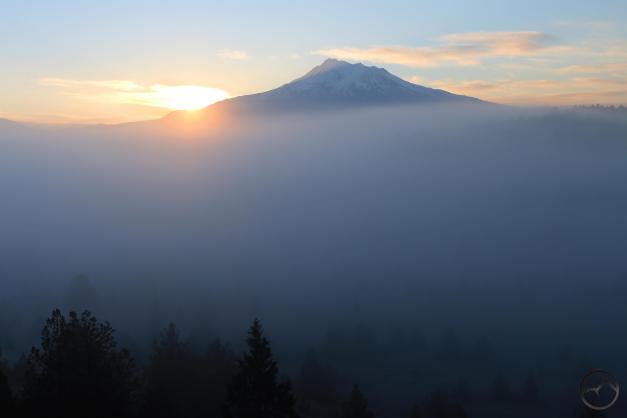 Of course, Mount Shasta rose high above the fog, presiding regally over the spectacle as the sun breached the horizon. 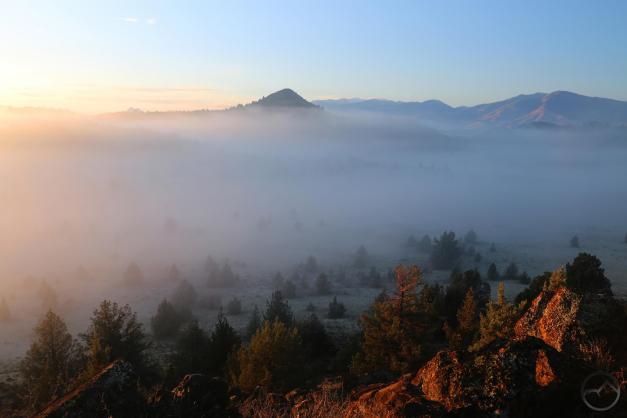 Looking to the southwest, the scene was just as beautiful. The fog was a little thinner and on the horizon Black Butte, Mount Eddy and China Mountain were all hemming in the mist. The Shasta Valley really has an amazing array of peaks that hem it in!

After the sun was well and up, I headed to the back side of the ridge, and saw the valley on that side of the ridge was almost totally free of fog. The the moon was about to set behind Cerro Pedernal, the peak immediately to the north.  After watching the sun rise, I was blessed to watch the moon set. It was quiet and all the recent precipitation has made green grass sprout up everywhere. Moments like this make life rich. 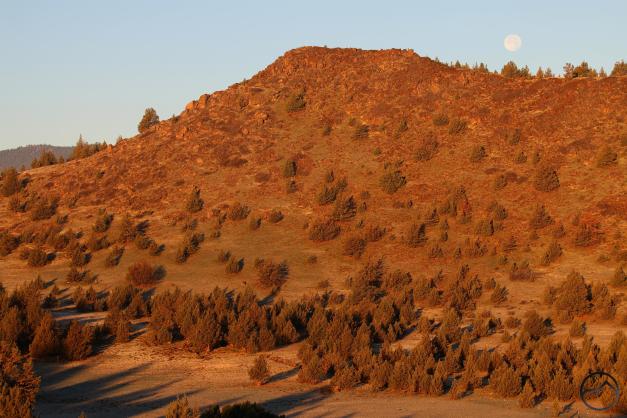