A snowy Mount Shasta catches the last bit of sun before day’s end.

After the surprise storms at the beginning of November, it felt like the winter season might be getting off to an auspicious start. Yet, with the prolonged drought continuing to grip the west pulls back on the reins and causes one to stop short of being too hopeful. While that does keep me from having false expectations, it does not actually effect the weather, which, it turns out, has decided to continue its wintery ways. 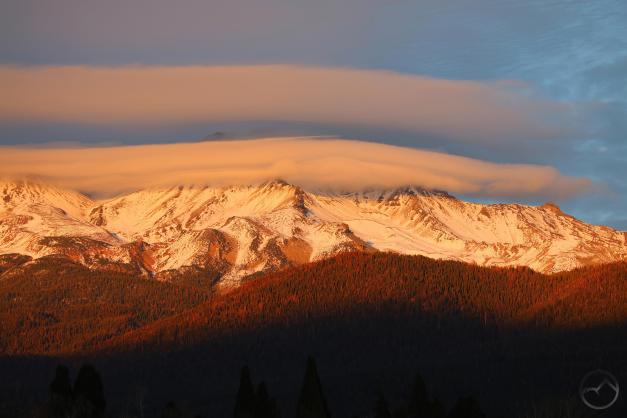 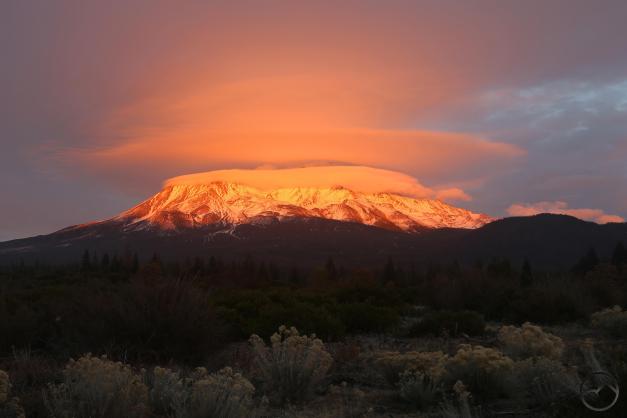 As November came to a close the forecast was for a significant storm to pass through the area. On storm’s eve, we finally got an impressive lenticular display, something that has eluded us the entire autumn. The odd clouds were the heralds of the coming storm.

The snow was forecasted to arrive the next day so I went out early in the morning, hoping the lenticular would still be there. To my great delight, the lenticular was still there. The south side of the mountain seemed like the best option for a good view of the formation, which just happens to be the best side for a sunrise. This meant a trip over to McCloud.

Needless to say, it was a spectacular sight. Beyond sunrise, the clouds began to coalesce around Mount Shasta and spread out over the rest of the area and soon the snow began to fall. The forecast called for a strong contribution to the snowpack. Initial predictions were for nearly a foot the first night and a few more inches over the next couple days.

The weird timing of the storms means I haven’t raked my leaves. 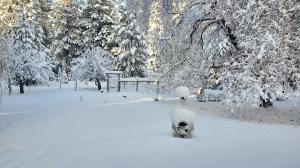 The storm did not deliver quite as much as predicted but it was still a solid bit of snow. At my house, we got between 10 and 11 inches. Fortunately, a lot of the leaves were off the trees by this point, which meant that I wasn’t going to get as many broken branches. The first storm came so early the trees were still full of leaves. This caught more snow and added more weight and a lot of branches snapped. Fortunately this was not so this time around. 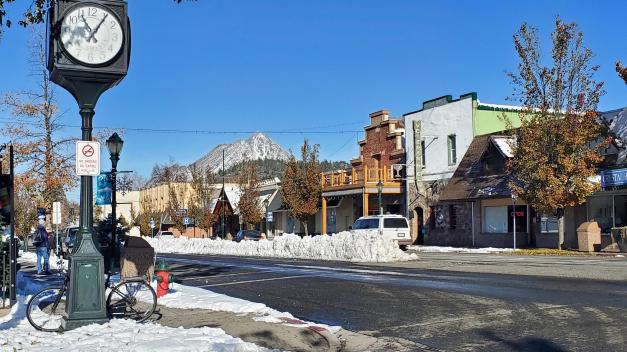 In town, things were looking pretty wintery, though it did not get nearly as much snow as it did at my house. This was probably a good thing, since the trees are still full of leaves there and the first storm broke a shocking number of branches and even pulled a few venerable giants down. 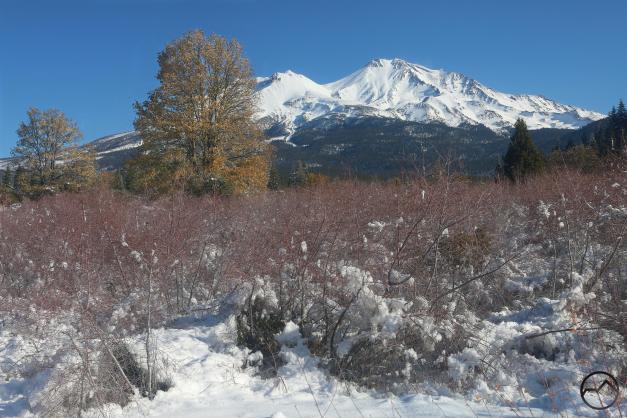 By the time the storm had cleared, it was December. We were left with the unusual sight of fall color still in the trees and snow on the ground. Though their timing is so close to each other every year, the visual pairing of white with yellow trees still seems a bit misplaced to me. Perhaps in other parts of the country it is not so strange but out here, it does not happen too often, if my memory is accurate. 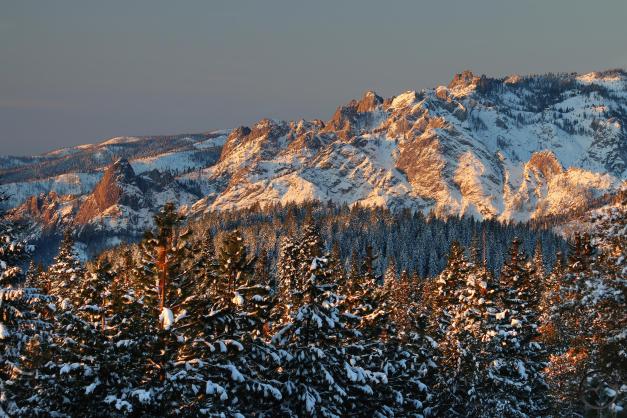 In the end, this storm is success building on success. Two storms, each leaving around a foot and it is not even more than a few days into December is fantastic. Even more encouraging is the onset of another storm this morning and more snow coming later in the week. Now if we can continue this through January, February and March, it will be a grand winter!

One comment on “Another Good Storm Hits Mount Shasta”