One Year Ago, We Were Not Waiting For Snow 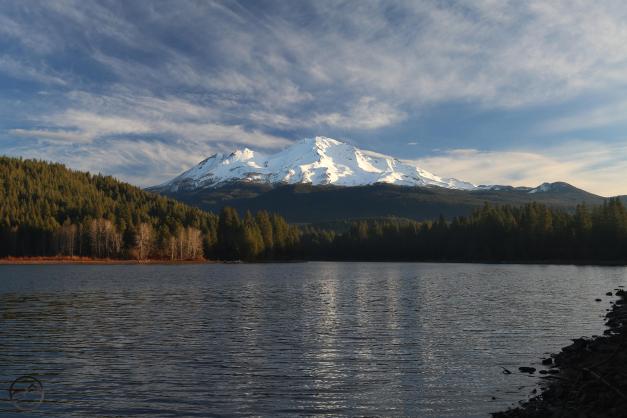 As we reach the middle of January, we are still waiting for the snow to come. It takes patience, perseverance and faith to abide, waiting on things over which we have no control. Fortunately, it looks like a storm may be brewing in the week to come. Perhaps we might yet get a good snow storm in January. We still have February and March to sweep storms through our area. Still, it is hard to believe that, one year ago, we were in the grip of a snow storm the likes of which had not been seen in these parts for a good 5 or 6 years. The weather came in and pounded the entire northern two thirds of the California. The Cascades and the Sierra Nevada were inundated with record levels of snow. This was a blessing much looked for, since California was in the grip of the worst drought in nearly 40 years. Even today, with a dry winter thus far, the reservoirs and even the snowpack are in far better shape now than they were the last several years because of the copious amounts of rain and snow that fell last winter. Let us hope that this winter still proves to be a solid follow up to the last.

Looking back at the posts I put up of the storm, I realized that, due to the drought, that was the biggest, indeed, the only, major storm to hit Mount Shasta since I started this website. I always look back to the winters of 2010 and 2011 as the heaviest since I moved here and the site was started in 2013. Every winter in that period was below average or suffered extreme drought. Being able to photograph things and write about all the snow was a refreshing opportunity.

Now, as we wait for the winter to functionally commence, I reckon it may be worth looking back and remembering the storm from a year ago. I hope we have another soon.

The following posts documented the storm and its aftermath:

It was an epic week. I pray we have another soon!

Some images from a year ago:

Mount Shasta from the north.

And a sort of time lapse of my backyard: